HOW WE BROKE THE WORLD

Greed and globalization set us up for disaster.

If recent weeks have shown us anything, it’s that the world is not just flat. It’s fragile.

And we’re the ones who made it that way with our own hands. Just look around. Over the past 20 years, we’ve been steadily removing man-made and natural buffers, redundancies, regulations and norms that provide resilience and protection when big systems — be they ecological, geopolitical or financial — get stressed. We’ve been recklessly removing these buffers out of an obsession with short-term efficiency and growth, or without thinking at all.

At the same time, we’ve been behaving in extreme ways — pushing against, and breaching, common-sense political, financial and planetary boundaries.

And, all the while, we’ve taken the world technologically from connected to interconnected to interdependent — by removing more friction and installing more grease in global markets, telecommunications systems, the internet and travel. In doing so, we’ve made globalization faster, deeper, cheaper and tighter than ever before. Who knew that there were regular direct flights from Wuhan, China, to America?

Put all three of these trends together and what you have is a world more easily prone to shocks and extreme behaviors — but with fewer buffers to cushion those shocks — and many more networked companies and people to convey them globally.

This, of course, was revealed clearly in the latest world-spanning crisis — the coronavirus pandemic. But this trend of more frequent destabilizing crises has been building over the past 20 years: 9/11, the Great Recession of 2008, Covid-19 and climate change. Pandemics are no longer just biological — they are now geopolitical, financial and atmospheric, too. And we will suffer increasing consequences unless we start behaving differently and treating Mother Earth differently.

Note the pattern: Before each crisis I mentioned, we first experienced what could be called a “mild” heart attack, alerting us that we had gone to extremes and stripped away buffers that had protected us from catastrophic failure. In each case, though, we did not take that warning seriously enough — and in each case the result was a full global coronary.

“We created globalized networks because they could make us more efficient and productive and our lives more convenient,” explained Gautam Mukunda, the author of “Indispensable: When Leaders Really Matter.” “But when you steadily remove their buffers, backup capacities and surge protectors in pursuit of short-term efficiency or just greed, you ensure that these systems are not only less resistant to shocks, but that we spread those shocks everywhere.” 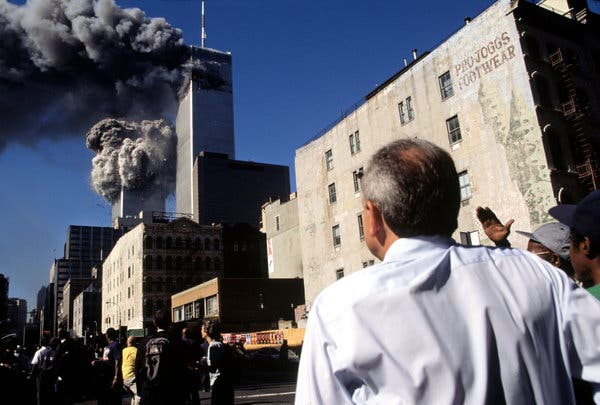 The collapse of the south tower of the World Trade Center on Sept. 11, 2001.Credit…Susan Meiselas/Magnum Photos

Let’s start with 9/11. You could view Al Qaeda and its leader, Osama bin Laden, as political pathogens that emerged out of the Middle East after 1979. “Islam lost its brakes in 1979” — its resistance to extremism was badly compromised — said Mamoun Fandy, an expert on Arab politics.

That was the year that Saudi Arabia lurched backward, after Islamist extremists took over the Grand Mosque in Mecca and an Islamic revolution in Iran brought Ayatollah Ruhollah Khomeini to power. Those events set up a competition between Shiite Iran and Sunni Saudi Arabia over who was the real leader of the Muslim world. That battle coincided with a surge in oil prices that gave both fundamentalist regimes the resources to propagate their brands of puritanical Islam, through mosques and schools, across the globe.

In doing so, they together weakened any emerging trends toward religious and political pluralism — and strengthened austere fundamentalism and its violent fringes.

Remember: The Muslim world was probably at its most influential, culturally, scientifically and economically, in the Middle Ages, when it was a rich and diverse polyculture in Moorish Spain.

Thanks to Iran and Saudi Arabia, the Arab-Muslim world became much more of a monoculture after 1979. And the idea that violent Islamist jihadism would be the engine of Islam’s revival — and that purging the region of foreign influences, particularly American, was its necessary first step — gained much wider currency.

This ideological pathogen spread — through mosques, cassette tapes and then the internet — to Pakistan, North Africa, Europe, India and Indonesia.

The warning bell that this idea could destabilize even America rang on Feb. 26, 1993, at 12:18 p.m., when a rental van packed with explosives blew up in the parking garage below the 1 World Trade Center building in Manhattan. The bomb failed to bring down the building as intended, but it badly damaged the main structure, killing six people and injuring more than 1,000.

The mastermind of the attack, Ramzi Ahmed Yousef, a Pakistani, later told F.B.I. agents that his only regret was that the 110-story tower did not collapse into its twin and kill thousands.

What happened next we all know: The direct hits on both twin towers on Sept. 11, 2001, which set off a global economic and geopolitical crisis that ended with the United States spending several trillion dollars trying to immunize America against violent Islamic extremism — via a massive government-directed surveillance system, renditions and airport metal detectors — and by invading the Middle East.

The United States and its allies toppled the dictators in Iraq and Afghanistan, hoping to stimulate more political pluralism, gender pluralism and religious and educational pluralism — antibodies to fanaticism and authoritarianism. Unfortunately, we didn’t really know how to do this in such distant lands, and we botched it; the natural pluralistic antibodies in the region also proved to be weak.

Either way — as in biology, so, too, in geopolitics — the virus of Al Qaeda mutated, picking up new elements from its hosts in Iraq and Afghanistan. As a result, violent Islamic extremism became even more virulent, thanks to subtle changes in its genome that transformed it into ISIS, or the Islamic State.

This emergence of ISIS, and parallel mutations in the Taliban, forced the United States to remain in the area to just manage the outbreaks, but nothing more. 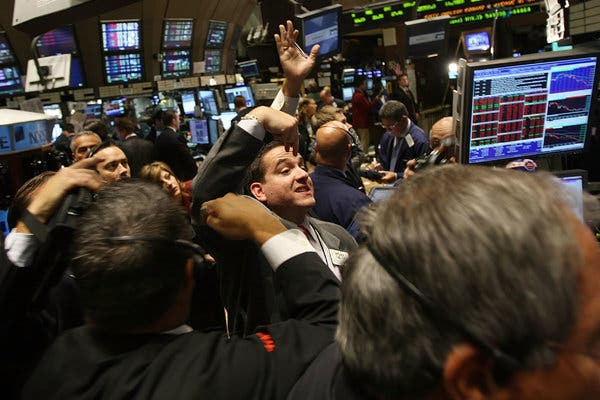 Traders on the floor of the New York Stock Exchange in 2008.Credit…Mario Tama/Getty Images

The 2008 global banking crisis played out in similar ways. The warning was delivered by a virus known by the initials LTCM — Long-Term Capital Management.

LTCM was a hedge fund set up in 1994 by the investment banker John Meriweather, who assembled a team of mathematicians, industry veterans and two Nobel Prize winners. The fund used mathematical models to predict prices and tons of leverage to amplify its founding capital of $1.25 billion to make massive, and massively profitable, arbitrage bets.

It all worked — until it didn’t.

“In August 1998,” recalled Business Insider, “Russia defaulted on its debt. Three days later, markets all over the world started sinking. Investors began pulling out left and right. Swap spreads were at unbelievable levels. Everything was plummeting. In one day, Long-Term lost $553 million, 15 percent of its capital. In one month it lost almost $2 billion.”

Hedge funds lose money all the time, default and go extinct. But LTCM was different.

The firm had leveraged its bets with so much capital from so many different big global banks — with no trading transparency, so none of its counterparties had a picture of LTCM’s total exposure — that if it were allowed to go bankrupt and default, it would have exacted huge losses on dozens of investments houses and banks on Wall Street and abroad.

More than $1 trillion was at risk. It took a $3.65 billion bailout package from the Federal Reserve to create herd immunity from LTCM for the Wall Street bulls.

The crisis was contained and the lesson was clear: Don’t let anyone make such big, and in some ways extreme, bets with such tremendous leverage in a global banking system where there is no transparency as to how much a single player has borrowed from many different sources.

A decade later, the lesson was forgotten, and we got the full financial disaster of 2008.

This time we were all in the casino. There were four main financial vehicles (that became financial pathogens) that interacted to create the global crisis of 2008. They were called subprime mortgages, adjustable rate mortgages (ARMs), commercial mortgage-backed securities (C.M.B.S.) and collateralized debt obligations (C.D.O.s).

Banks and less-regulated financial institutions engaged in extremely reckless subprime and adjustable rate mortgage lending, and then they and others bundled these mortgages into mortgage-backed securities. Meanwhile, rating agencies classified these bonds as much less risky than they really were.

The whole system depended on housing prices endlessly rising. When the housing bubble burst — and many homeowners could not pay their mortgages — the financial contagion infected huge numbers of global banks and insurance companies, not to mention millions of mom-and-pops.

We had breached the boundaries of financial common sense. With the world’s financial system more hyper-connected and leveraged than ever, only huge bailouts by central banks prevented a full-on economic pandemic and depression caused by failing commercial banks and stock markets.

In 2010, we tried to immunize the banking system against a repeat with the Dodd-Frank Wall Street Reform and Consumer Protection Act in America and with the Basel III new capital and liquidity standards adopted by banking systems around the world. But ever since then, and particularly under the Trump administration, financial services companies have been lobbying, often successfully, to weaken these buffers, threatening a new financial contagion down the road.

This one could be even more dangerous because computerized trading now makes up more than half of stock trading volume globally. These traders use algorithms and computer networks that process data at a thousandth or millionth of a second to buy and sell stocks, bonds or commodities.

Alas, there is no herd immunity to greed.

2 Responses to HOW WE BROKE THE WORLD