Joe Biden needs to pick a progressive woman for his VP nomination. Here’s why: 1) It would spark enthusiasm for Democrats (especially for progressives let down by Biden as the candidate, and 2) The woman he picks will have a great shot of becoming our next president, especially if Joe only wants one term (he will be 83 if he wins a second term and takes office in 2025).

He has some formidable women to choose as his running mate. Elizabeth Warren would be one of the strongest candidates. Kamala Harris, Gretchen Whitmer (governor of Michigan), Stacy Abrams, Val Demings (representative from Florida), Tammy Baldwin (senator from Wisconsin), and Michelle Lujan Grisham (governor of New Mexico) are progressives who would enhance the Democratic ticket. And that probably doesn’t exhaust the field of potential running mates.

Biden will do himself, and the Democratic Party, a big favor if he nominates one of these fine progressive women candidates as his vice-presidential choice. It just might help him win the election. 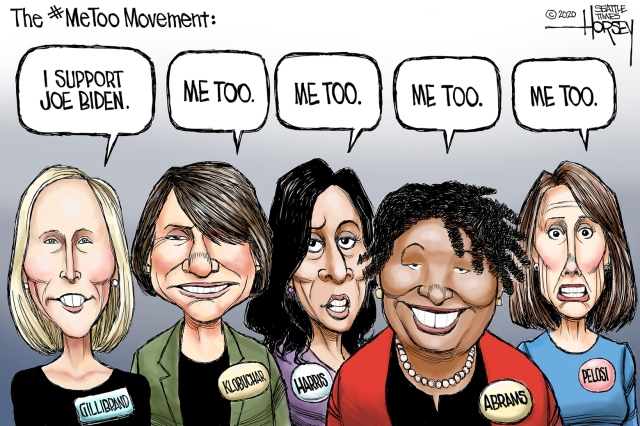