THE AUTOPSY REPORT ON THE DEATH OF THE LIBERAL CLASS

A little irony and a lot of history, and with a message for the left. 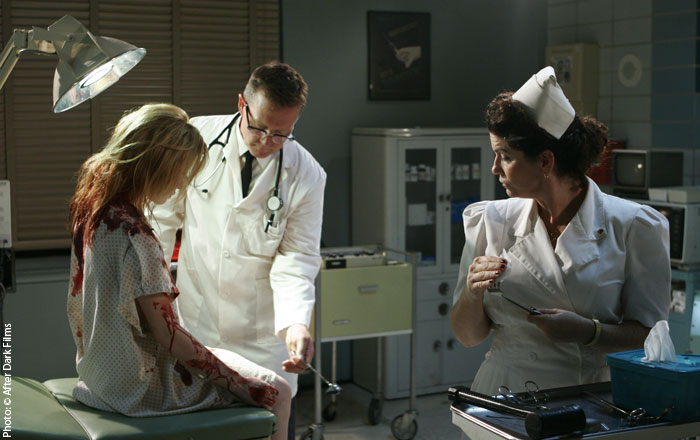 As reported in a previously article, Medical Martial Law was Liberalism’s Final Capitulation. [1]

After the capitulation, the Liberal Class finally died. It faded away after decades of being morbidly dysfunctional. It was often out of its mind with delirium, and with periods of being semi-comatose. It had suffered from physical deterioration, mental depression and hallucinations of its former gradeur.

An autopsy was performed to determine the exact cause of death. Political scientists wanted to examine the corpse for underlying pathologies and their progression. The information may prove useful to future social movements. Hopefully, future generations can be saved from the tragic fate of the Old Liberal Class. The peaceful protests against riotous police violence gives one some hope for the next generation.

Survivors of the Liberal Class are Identity Politics and Political Correctness. The relatives were left squabbling over Liberal’s legacy. The Biden faction claims that it is the sole legitimate heir. The Sanders faction is begging for some table scraps. The pro-maskers and anti-maskers are in an angry Twitter feud. Identity politics, political correctness, incrementalists, and mainstream Democrats are demanding their share of the estate. The middle class was left with nothing but broken promises. The working class and the poor had become estranged for many years, and were cut out of the will entirely.

The 100 years old body of the Liberal Class had many wounds. In its younger days it had won some milestone battles: organizing labor, the 40-hour work week, a minimum wage, women suffrage, child labor laws, Social Security, Medicare, the Civil Rights Movement, and protests against the Vietnam War were just a few. Battles lost were to McCarthyism, COINTELPRO, the wars on drugs and crime, mass incarceration, Latin American death squads, corporatism, and international imperialism.

In later years the Liberal Class grew fat, dull and lazy. Fast-food, slow metabolism, consumerism, too much screen time and its decrepit age had severely weakened its immune system. A gelatinized brain caused ambivalence, confusion, and senility. The heart was broken from waiting for hope and change, which never came. Psychologically the Liberal Class simply lost all its will to fight.

Chris Hedges, in his book The Death of the Liberal Class, had speculated that the cause of death was gullibility. This was a contributing factor. Liberalism had been foolish enough to believe that it could change the political class from within the system. It had believed that elections and voting for the lesser evil would buy it time. The priority was always to vote for the lesser evil in “this” election, while waiting for the messiah to appear in the “next” election.

The Liberal Class believed in many false messiahs. In 1976 it elected Jimmy Carter. The 1976 election took place when the Vietnam War and Watergate were still fresh in the political mind. The economy was in a shambles, and there was an oil crisis. Hyper-inflation and recession were a new phenomenon called stagflation. Liberalism hoped Carter would be the Promised One.

Carter attacked the energy crisis by calling for conservation and solar energy. He wore a sweater and turned off the lights. He put solar panels on the White House roof. Carter acted as if he was a God-fearing pious man. He talked about peace in the Middle East, and nuclear arms reduction.

In the end, Carter was undone by a feud with his own liberal political party, and he was angry with the American people whom he berated for having a “moral malaise”. A hostile mainstream media ridiculed him and made him a laughing stock. On top of that was the Iran Hostage Crisis—

Despite Carter’s come-to-Jesus lecturing he was defeated in the 1980 election by a Hollywood “B” movie actor, pitchman for General Electric and drugstore cowboy named Ronald Reagan. Undiagnosed at the time, Carter left the Liberal Class with a malignant tumor. It metathesized in the twenty-first century into the War on Terror.

Carter and his National Security Advisor, the great-game aficionado, Zbigniew Brzezinski armed a band of terrorist in Afghanistan. Brzezinski later bragged that he and Carter egged the Soviet Union into a Vietnam-style war. Revenge seemed so sweet at the time. Instead the U.S. was later hoist by its own petard into wars that would never end.

Carter’s Afghan war lead to the destruction of that developing nation. Afghan women were launched back into the future of the 13th century, and the war killed over a million Afghan men, women and children. Carter’s chickens hatched into the attacks on the U.S. of September 11, 2001. For over forty years Afghanistan has been a humanitarian disaster, because of a liberal president’s meddling.

After 12 years in the wilderness of Reaganomics, Thatcherism, and Papa Bush, the Liberal Class thought that it had been sent another messiah by the name of William Jefferson Clinton. Ironically, Clinton was from Hope— Hope, Arkansas. Hope was the Liberal Class’s drug of choice. It kept looking for higher-highs, and instead got lower-lows.

Clinton was a New Democrat. What the New Democratic Coalition called being committed to pro-economic growth, pro-innovation, and fiscally responsible policies. In other words, Clinton was a neoliberal in sheep’s clothing. It was even said that Clinton was the first black president, even though he was as white as sliced bread. [2]

Clinton slashed welfare for the poor, and flooded the prison population with African Americans. Clinton waxed eloquent about the middle class, and the Liberal Class stopped caring about the downtrodden. There was a Democrat in the White House, and the Liberal Class was loyal to the Democratic Party. Liberalism stopped caring about the problems that society caused. As Senator Joe Biden said of his 1994 crime bill, “I don’t care; LOCK THEM UP”. The words “PREDITORS” and “THEM” were code for young Black American men.