I have long been in the Swedish camp when it comes to food (meatballs with lingonberries) women (tall blondes) and financial crises (prepackaged bankruptcy, no bailouts for banks).

While the Japanese have lots to offer (Sushi, Anime, and reliable cars), their approach to financial panics was to nationalize all of the debt, prop up insolvent corporations, and continually kick the can down the road. Ever since their 1989 RE/Bank collapse, their economy has been paying the price for bad policy decisions.

Its been two and a half years since our credit crisis, and we now have enough distance to see the results of various policy choices different nations have made. The Irish made a horrific decision to completely transfer the losses from their reckless bankers to the taxpayer, and are suffering under the weight of about €25,000 for every man woman and child in the Ireland. Similarly, the U.S. assumed much of the responsibility for irresponsible bankers and their reckless leveraged bets. Our economy has muddled along with subpar growth, weak job creation, and a nagging suspicion that another crisis is likely sometime in the future.

And then there is tiny Iceland. 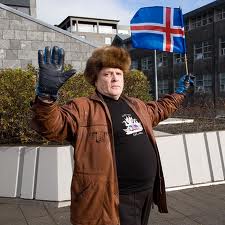 Bankrupted by the global collapse, Reykjavik made the more painful, but ultimately better, Swedish choice of putting their insolvent banks through bankruptcy.

There is a hefty story in the NYT Magazine this weekend — Iceland’s Big Thaw [1] — that explains what happened during the collapse, and since, in the tiny European island:

“During the boom years, Iceland became a nation obsessed with banking. “Everyone was working for the banks — from the physicists to the philosophers,” one Icelander told me. I met two women in their mid-20s who said that when they graduated from college, virtually all of their classmates were jockeying to get into finance, and for a brief spell, they both became bankers. I asked one of the women, who trained to be an engineer, if she ever paused to consider whether she really wanted to be a banker. “It was just the coolest,” she recalled giddily. “Everybody was like, Yeah, give me a high-five!”

The success of the nation’s banks, however, was deceptive to say the least. The assets of Icelandic banks were equal to 174 percent of the nation’s gross domestic product in 2003, and rose to 744 percent in 2007, while the G.D.P. itself rose by an average of 5.5 percent per year. The economy was fueled almost entirely by foreign money. Then, as the global financial infrastructure teetered on the verge of collapse, the bonds came due, and Iceland’s banks couldn’t repay them. Depositors in other countries raced to pull their money out of Icelandic banks. The government didn’t have the resources for a bailout; the banks failed. The government did guarantee that Icelanders would not lose the money in their savings accounts, but other financial assets — including the many investment funds that the banks offered — plummeted in value, and many ordinary Icelanders lost large sums that they believed were safely invested.”

Rather than bailout the banks — Iceland could not have done so even if they wanted to — they guaranteed deposits (the way our FDIC does), and let the normal capitalistic process of failure run its course.

They are now much much better for it than the countries like the US and Ireland who did not.