As democracy struggles on life support in the United States and with authoritarianism gaining popularity here and abroad. Vladimir Putin, the President of Russia, must be clapping his hands and smiling broadly.

Putin is aware that Russia cannot compete militarily with the United States, but the former KGB operative knows of other ways to damage his strongest rival. What Putin hoped for is well documented and easy to see. The Office of the Director of National Intelligence, reported in January 2017 on the work of the FBI, CIA, and the National Security Agency:

“President Vladimir Putin ordered an influence campaign in 2016 aimed at the U.S. presidential election. Russia’s goals were to undermine public faith in the U.S. democratic process, denigrate Secretary Clinton, and harm her electability and potential presidency. We further assess Putin and the Russian Government developed a clear preference for President-elect Trump. We have high confidence in these judgments.“

Putin succeeded probably more than even he thought possible. By all rights, Hillary Clinton should have won the presidency in 2016 and Trump would have had to slink back into private life. But with considerable help from Putin and likeminded election trolls, the majority of Americans and most of the rest of the world were stunned to see Donald Trump elected and sworn in as this country’s 45th president.

This country has paid a huge price. Trump’s win was a major jolt to America’s psyche. Despite his numerous flaws as a politician and as a human being, this reality TV star turned out to be the champion con-man of all time. He had managed to convince nearly half this nation that he would restore America to greatness despite his numerous failures as a businessman and a human being.

By helping Trump gain the presidency, Putin knew that the U.S. would be easier to manipulate and take advantage of. The results came quickly. Upon taking office (and even before) Trump moved to dredge up the worst prejudices and fears in this country. His efforts succeeded, and the poison began to spread.

In short time xenophobia, racism, gun worship, fear of alternate lifestyles (LGBT, especially), religious fundamentalism, distrust of government, and a hatred of all things liberal or progressive rose to the surface and were exploited by the Trump campaign. Political decency and tolerance were pushed aside, allowing a disturbing dark side to take control of the Republican Party. Most importantly, with the help of a growing ultra-right media, which egged on the haters and others fearful of losing white power and privileges, Trump and his followers gained strength, neutralized the moderate wing, and before long the Republican Party barely resembled its old self.

How did Putin do it? U.S. Intelligence agencies covered the details of Russia’s 2016 election intervention in a series of reports over the last several years. They documented Project Lakhta, the code name of the operation ordered by President Putin and his Russian allies, which worked through some dozen entities, employed hundreds of people and had a global budget of about $35 million, funded by a company named Concord, run by Yevgeny Prigozhin, a Russian billionaire friendly with Putin.

Although there was no firm evidence of collusion between the Trump campaign and Russia, the interference was well documented. The Internet Research Agency, basically a troll farm based in Russia, produced millions of anti-Clinton, pro-Trump social media posts, planned pro-Trump political events, hacked into the internet accounts of important Democratic campaign committees and leaders, and leaked stolen campaign information to the public, with the help of DC Leaks, Guccifer 2.0, and Wikileaks.

By helping Donald Trump, the Russian president got what he wanted. Besides having an ally in the White House, Putin helped poison the political atmosphere in the United States, and could enjoy the splitting of our country into partisan groups unwilling and incapable of working with each other.

Hillary Clinton had no magical healing power, but as president she likely would have tried to bridge the political divisions and bring people together. But Trump, using the power and influence of the office, did his best to divide the country and encourage hate and conflict, the kind this country hasn’t seen since the Civil War.

It is no secret that if the Republican Party were to gain power again, our democracy will be in grave danger. Republicans have shown all they care about is winning and gaining power, and have made a concerted attempt to suppress votes from people of color, older people, poor people, students, the disabled and other groups that tend to vote for Democrats. More than 30 voter suppression bills have passed and over 400 bills in 49 states introduced since the 2020 election, and the gerrymandering has been unprecedented, all of it intended to make it harder for certain Americans to vote.

Even worse, Republicans, led by Trump, have denied the 2020 election results and insist, without even the slightest of evidence, that the Democrats stole the election from Donald Trump. And if that isn’t enough, some states are passing laws to replace neutral and objective election officials with partisan Republican-leaning officials. If Republicans don’t like the election results in their state, elected officials can step in and appoint new electors more favorable to their views. In other words, election results can be overturned, meaning each American’s vote will be arguably of little value.

This is exactly what Vladimir Putin wanted: politicians who go easy on Russia, and an America paralyzed by political and cultural division, with diminished power and influence globally.

Putin won. We lost. It is imperative that we do everything we can to turn that around. We face a monumental and uncertain challenge, but our future depends on it. 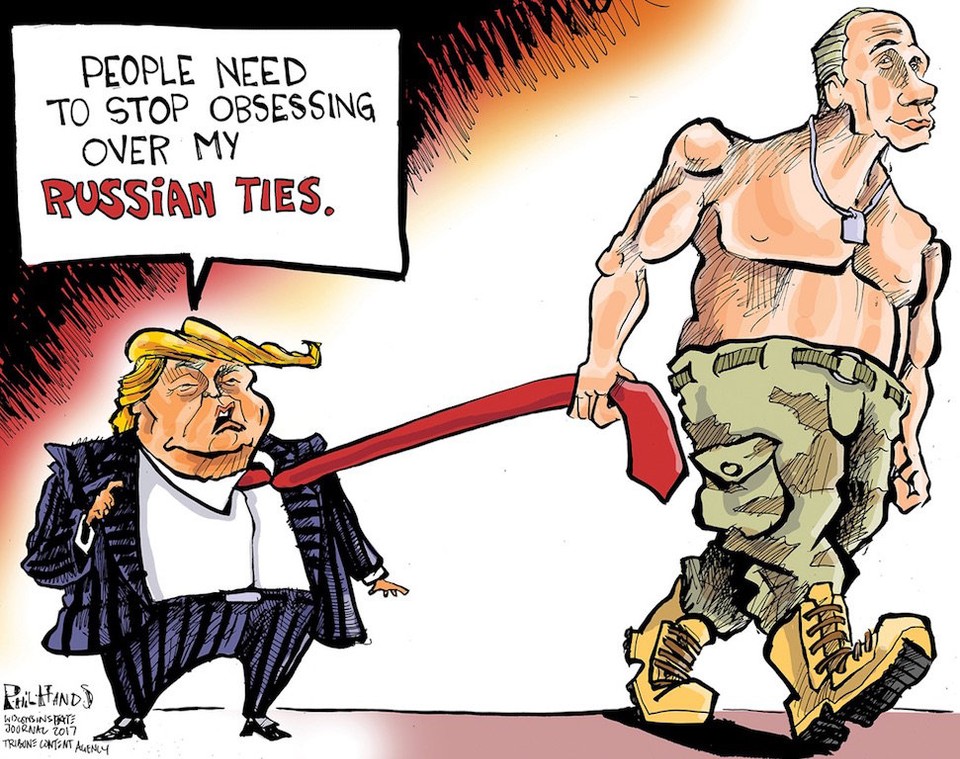