Who Are These People?

What is most disturbing about Donald Trump’s presidency? Is it his horrendous cabinet picks? His lies and exaggerations? His bizarre tweets? The Russia connection? The firing of James Comey? The conflicts of interest? It’s hard to pick one. But my vote goes to the 38 to 40 percent of Americans who consistently and inexplicably approve of his job in office. That scares me the most!
–Arlen Grossman 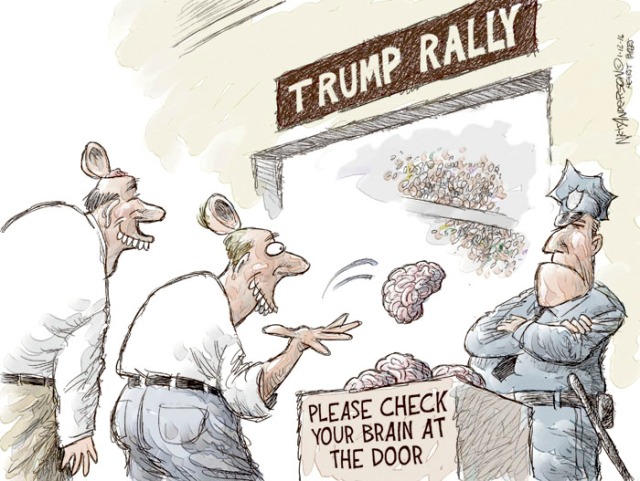 1 Response to Who Are These People?