Posted on September 7, 2011 by Arlen Grossman

Custer’s Last Stand didn’t end well at Little Bighorn–at least not for the General and his soldiers.  President Obama is up against his own Last Stand, with his political fate along with the economic future of America on the line.

Obama’s Jobs Speech to a joint session of Congress on Thursday is probably his last opportunity to change the course of his failed presidency. Everything he has accomplished up to now has fallen short of the hope and change he promised, and left most Americans discouraged. Polls tell us that three out of four Americans think we are headed in the wrong direction.

To be fair, the obstacles President Obama has faced have been monumental. Powerful forces, including an openly antagonistic Congress, have been trying to take him down from the start. Nonetheless, Obama has appeared unwilling and incapable of taking the fight to the right-wing forces aligned against him. They have observed his weakness and taken advantage at every opportunity.

If he truly is committed to the lofty ideals he articulated so well in the 2008 campaign–and there is great reason to doubt that he is–he will need to transform into a President Barack Obama we haven’t yet seen.  He will have to take on his Republican enemies and force them to confront bold new initiatives and policies that hold the promise of reversing the downward spiral of economic malaise and loss of confidence under his watch. 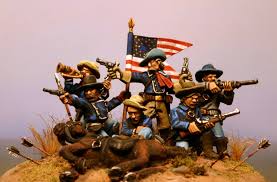 Barack Obama needs to go before Congress and channel a former president who didn’t shrink from the important challenges of his day. President Franklin Roosevelt saw the pain and fear in the nation. He knew courageous action was needed, and despite intense opposition, put in place audacious programs he felt were necessary to get Americans back to work, and in the process, rallied the country around him.

Roosevelt instituted the New Deal during his first term. Projects like the Works Project Administration (WPA), The Civilian Conservation Corps (CCC), and the Civil Works Administration (CWA) employed millions of Americans, built and fortified our infrastructure, and gave families security and a sense that their government was working for them. Politically, it strengthened the Democratic Party, which went on to win six of the next eight presidential elections after Roosevelt’s initiated the New Deal.

President Roosevelt didn’t waver when faced with strong opposition. This is what he said in one of his radio “fireside chats” during his second election campaign: “Never before in all our history have these forces been so united against one candidate as they stand today. They are unanimous in their hate for me—and I welcome their hatred.”

Can you imagine Barack Obama making that kind of statement? Does he have the kind of inner strength and resolve that FDR displayed? If he does, we haven’t seen it. If he had that kind of courage, he would propose a New “New Deal,” a major government investment in building and repairing infrastructure, employing millions of Americans in schools, health clinics, police stations, green energy programs, national parks–borrowing from FDR’s successful blueprint for rebuilding our country.

President Obama can outline a moderate, mild series of programs that won’t accomplish much, in hope that Republicans will sign on.  They won’t. Or he can propose a blockbuster package of job-creating programs. Either way, the GOP won’t cooperate. So why not go for broke?

The deficit be damned, at least for now, he needs to tell Congress.The only way out of this gargantuan mess is by growing the economy. The time-tested economic cure for a weak economy is for government to stimulate demand. It is past time for tired Republican “cut government spending” rhetoric.

President Obama needs to swing for the fences, proposing a  series of super-sized policy initiatives capable of transforming this nation’s economy. If he stands strong and sells his policies with the commanding vision evidenced in his 2008 presidential campaign, the American people will demand action from Congress. If the president doesn’t stop the economic hemorrhaging now, we will surely head into a double-dip recession, or worse, a second Great Depression.

I’d like to believe President Obama is up to that task, but like many Democrats, my hopes have been dashed all too often. My expectations for a new and bolder Barack Obama are mostly just a wish. His speech Thursday is probably his last and best chance to salvage his presidency and reverse the continuing decline of our once great nation.

In many ways, Thursday is Obama’s Last Stand.