One day I decided to do an experiment.

I had been watching the news on MSNBC and CNN recently, and one Tuesday morning I found it especially fascinating. I admit it, one reason I liked it was because it made Republicans look ridiculous (admittedly not too difficult). This was an important day of hearings by the January 6 House Committee. They were providing evidence of the efforts of Donald Trump and his allies to overthrow the 2020 election, and the House had to decide whether Mike Meadows should be held in contempt for refusing to testify to the committee.

Republicans seemed to be flailing away in an attempt to discredit the hearings, explaining Mark Meadows had some kind of presidential immunity and the hearing was just a political act by the Dems to help their 2022 election campaign. Most striking of all was Republican Rep. Liz Cheney reading panicked texts from Fox News hosts and Donald Trump, Jr. pleading for the president to halt the chaos at the Capital. And it was clear that more and more evidence was pointing toward serious trouble for a number of Republican officials and lawbreakers involved with the planning of the insurrection. On another matter, talk was getting serious about suspending the filibuster rule in order to pass laws to protect voting rights, as well the President Biden’s ambitious social spending plan.

That’s when I had my idea for an experiment. I had left the TV to do other things, and wanted to turn on the news to catch up. But this time I thought about trying something completely different. I wanted to see how Fox News was going to report that day’s events which we knew would present their friends and allies in the worst possible light. Yes, it was a big sacrifice for me, because watching this cable news network in the past has caused my blood pressure to spike to dangerous levels. 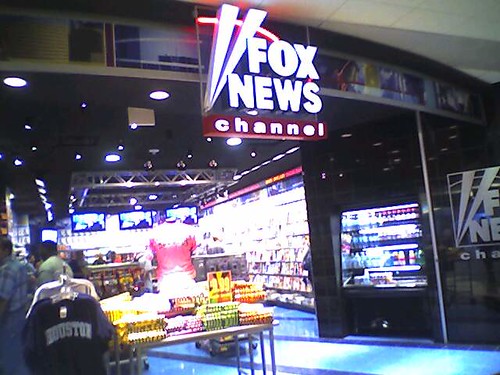 Unlike the other cable networks, Fox News Primetime did not lead with the day’s events in Congress. Host Matt Cain opened with a story criticizing Black Lives Matter:

For Fox News, anything that drives a wedge between their viewers and the “others” is good for their ratings, Black vs white: Brown vs white, gay vs straight, Christians vs Muslims, criminals vs. church-going Christians. Fox viewers are easily stirred up when it’s “us” vs. “them.”

The next topic was rising crime rates, and there were interviews with Republican senators Josh Hawley and John Kennedy. The problem for so much crime, of course, were the Democrats, who, as usual, were soft on crime and want to weaken the police (“defund the police.”). This segment was followed with a diatribe against rival cable news network CNN, especially Black anchorman Don Lemon, and a special dig at Jeffrey Toobin, who got caught, uh, embarrassing himself during a Zoom conference.

That was followed by some news of the new COVID variant Omicron. Guest Bret Weinstein, a podcaster and author, complained about “a mono maniacal obsession with mandates especially surrounding things like vaccines and masks which do not seem to work.” Weinstein added, “It is time that we stood up against these autocratic mandates.” Host Matt Cain agreed. “No doubt it is time. It is time for civil disobedience.” Primetime concluded with news of the latest surge in UFO sightings. Fortunately, there was no mention of “Jewish Space Lasers.”

So much for my experiment. Nary a word about the January 6 investigation or the secret tweets from Fox hosts and the president’s elder son. For all Fox News viewers knew, there had been no congressional hearing in the capital, and no special tweets to President Trump. But they did get to see several exciting My Pillow commercials.

Any good experiment should close with a conclusion. This is my conclusion of the role Fox News plays in the media world:

1, As the number one cable news channel (and not just cable news programs), Fox News has clout. Many people watch it and spread its message to others.

2. Fox News is not a news network, but serves as the public relations arm of the Republican Party and Donald J. Trump. They block any suggestio that the GOP and Trump are less than perfect, and makes great effort to report all the real and perceived misdeeds of Democrats, progressives, and people of dark skin.

It is also a propaganda machine that sets the tone for its imaginary world of right-wing super-patriotism and left-wing socialist anti-Americanism. Truth, facts and reality are less important to them than their appetite for influence, ratings and money. They can’t be stopped or controlled, for to do that would violate their free speech under the First Amendment.

And I hate to say it, but Fox News’ success is very much a reflection of this country’s vast ignorance and gullibility. That is the most frightening thing of all.