Do We Want Normal?

Go Back to Normal After Trump? No Thanks 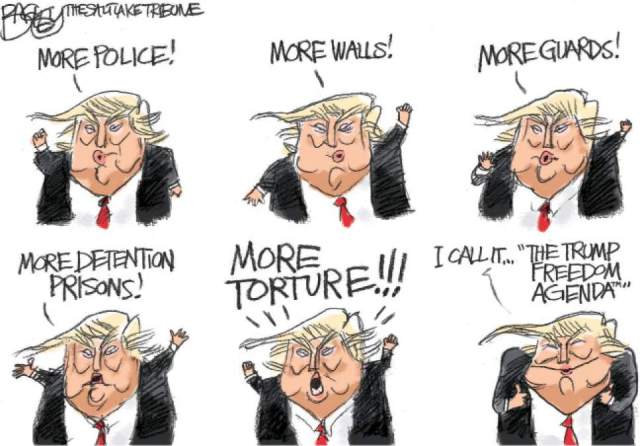 At the end of his eloquent remarks concluding a hearing where the president was accused of multiple crimes by his former attorney, Representative Elijah Cummings, the Oversight Committee chairman, pined for a return to a pre-Trump America. “We have got to get back to normal,” he said.

But Normal America produced Donald Trump, fueled his cult of personality and created the conditions for him to rise to the height of political power. If anything, Michael Cohen’s testimony was a devastating indictment of decisions that Normal America made over the past few decades that produced President Trump in 2016.

Most of the charges — proven or alleged — against those caught up in the Mueller investigation are not obviously related to treasonous collusion with Moscow. It’s proof, the president’s blinkered backers bray, that the whole inquiry is a waste of time.

Read another way, that set of facts shows how decades of declining prosecutions of white-collar crimes may have allowed Paul Manafort, a man guilty of tax evasion and bank fraud, to lead a presidential campaign. If the number of white-collar crimes prosecuted by the Justice Department had not fallen more than 40 percent in the past 20 years, perhaps Mr. Cohen, who committed tax fraud and bank fraud, might not have ascended to become deputy finance chairman of the Republican National Committee, a post he held until June 2018.

Then there’s the president himself, Exhibit A of what happens when a country spends decades treating crimes by the poor as felonies and crimes by the powerful as misdemeanors.

At the start of Mr. Trump’s career, he and his father were charged with discriminating against African-Americans in their apartment rentals. Father and son settled with the government and admitted no wrongdoing.

Later in life, Mr. Trump’s casino was charged with money launderingand got off with a fine. Just after Mr. Trump was elected, his cardboard castle of a university that bore his name settled a class-action lawsuitbrought by from former students.

It took a shoe-leather investigation by The Washington Post to prompt authorities to assess that the Trump Foundation, founded in 1987, was being used as the family A.T.M. The New York State attorney general charged the foundation with “improper and extensive political activity, repeated and willful self-dealing transactions, and failure to follow basic fiduciary obligations or to implement even elementary corporate formalities required by law.” Imagine if the foundation had been scrutinized years before Mr. Trump ran for president.

Democrats, paging through the catalog of legal malfeasance connected to the president, worry that investigating too many of them will make the party vulnerable to claims of overreach. But exuberance in defense of justice is no vice, so as long as they don’t go full #Benghazi. After all, accountability has been in short supply of late.

It may well be a myth that no one was jailed after the 2008 financial crisis — 56 bankers and traders, including 13 C.E.O.s, were sent to prison. But none were prominent. And the boiling rage about the fact that mortgage owners got stuck with the bill for the sins of high finance was an animating factor for Trump voters. The Tea Party got its revenge on the system it saw as corrupt in 2016. Occupy Wall Streetis now standing restlessly in the wings and calling for world revolution as it waits for its turn in 2020. Justice delayed, after all, is justice denied.

Democratic societies are the result of choices that voters make. Last year, more than 60 percent of federal criminal prosecutions came in immigration-related cases. That follows: The voters who put Mr. Trump in office wanted a crackdown on noncitizens making lives for themselves illegally in the United States. That’s happening. But it also means that the number of prosecutions for all other types of crimes — committed by citizens making their living illegally in the country — are way down.

When gobs of resources are directed at something like reducing violent crime, the amount of violent crime declines. When the Internal Revenue Service’s Criminal Investigation Division gets stuck with the same number of special agents it had 50 years ago, lots of tax cheating is going to go undetected and unpunished. If Congress decides not to properly fund the I.R.S., it wouldn’t be overreach for Democrats to look into the president’s tax returns. After all, Mr. Trump’s tax scheming over the years included outright fraud, according to a Times investigation.

Recent research suggests that the public is increasingly aware of the seriousness of white-collar crime and becoming more punitive toward those found guilty of it. Sentences for white-collar criminals are getting longer. But while Americans still feel that violent criminals warrant harsher sentences, they say they want equal or more resources devoted to white-collar crime control.

Harder still is deterring white-collar crime, wrongly perceived as victimless, in the first place. “Without the same psychological stop signs that signal that one is about to break the law, many white-collar criminals cannot identify in hindsight the moment they crossed the line,” wrote former federal prosecutor Nicolas Bourtin.

Mr. Cohen now says, after a decade of dutiful service including issuing an estimated 500 threats against those seen as somehow threatening to Mr. Trump, that it was Mr. Trump’s behavior in office that led to an epiphany about the weight of Mr. Cohen’s own guilt. But Mr. Cohen was no doubt hustled along to that realization when he was arrested and staring down the long corridor of a multiyear prison sentence.

Normal America gave white-collar criminals parking tickets, while sending SWAT teams after drug dealers because it viewed one type of criminal as a far greater threat to the republic. Now is not the time to return to what was normal. It’s a time to learn from past misjudgments. 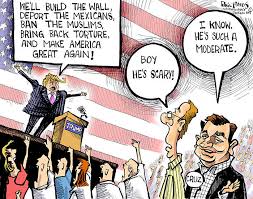 1 Response to Do We Want Normal?