The Triumph of the Oligarchy

By passing the tax plan, Republican donors will save billions — paying a lower top tax rate, doubling the amount their heirs can receive tax-free, and treating themselves as “pass-through” businesses able to deduct 20 percent of their income (effectively allowing Trump to cut his tax rate in half, if and when he pays taxes). 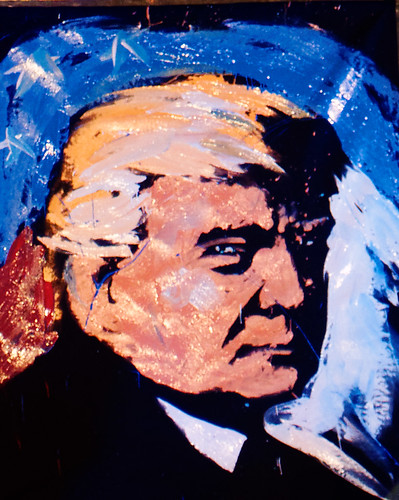 The Republican tax plan to be voted on this week is likely to pass.

“The American people have waited 31 long years to see our broken tax code overhauled,” the leaders of the Koch’s political network insisted in a letter to members of Congress, urging swift approval, adding that the time had come to put “more money in the pockets of American families.”

It has poured moneyinto almost every state in an effort to convince Americans that the tax cut will be good for them. Yet most Americans don’t believe it.

Polls shows only about a third of Americans favor the tax plan. The vast majority feel it’s heavily skewed to the rich and big businesses — which it is.

Most Americans know that the tax plan is payback for major Republican donors. Gary Cohn, Trump’s lead economic advisor, even conceded in an interview that “the most excited group out there are big CEOs, about our tax plan.”

Republican Rep. Chris Collins admitted “my donors are basically saying, ‘Get it done or don’t ever call me again.'” Senator Lindsey Graham warned that if Republicans failed to pass the tax plan, “the financial contributions will stop.”

By passing it, Republican donors will save billions — paying a lower top tax rate, doubling the amount their heirs can receive tax-free, and treating themselves as “pass-through” businesses able to deduct 20 percent of their income (effectively allowing Trump to cut his tax rate in half, if and when he pays taxes).

The biggest winners by far will be American oligarchs such as the Koch brothers; Peter Thiel, the Silicon Valley investor; Sheldon Adelson, the Las Vegas casino magnate; Woody Johnson, owner of the New York Jets football team and heir to the Johnson & Johnson fortune; and Carl Icahn, the activist investor.

The oligarchs are the richest of the richest 1 percent. They’ve poured hundreds of millionsinto the GOP and Trump. About 40 percent of all contributions for the entire federal election came from the richest 0.01 percent of the American population.

The giant tax cut has been their core demand from the start. They also want to slash regulations, repeal the Affordable Care Act, and cut everything else government does except for defense — including Medicaid, Medicare, and Social Security.

In return, they have agreed to finance Trump and the GOP, and mount expensive public relations campaigns that magnify their lies.

Trump has fulfilled his end of the bargain. He’s blinded much of his white working-class base to the reality of what’s happening by means of his racist, xenophobic rants and policies.

The American oligarchs couldn’t care less about what all this will cost America.

Within their gated estates and private jets, they’re well insulated from the hatefulness and divisiveness,

They don’t worry about whether Social Security or Medicare will be there for them in their retirement because they’ve put away huge fortunes.

Climate change doesn’t concern them because their estates are fully insured against hurricanes, floods, and wildfires.

They don’t worry about the rising budget deficit because they borrow directly from global capital markets.

Truth to tell, they don’t even care that much about America because their personal and financial interests are global.

They are living in their own separate society, and they want Congress and the President to represent them, not the rest of us.

The Republican Party is their vehicle. Fox News is their voice. Trump is their champion. The new tax plan is their triumph.

But if polls showing most Americans against the tax cut are any guide, that triumph may be short lived. Americans are catching on.

A tidal wave of public loathing is growing across the land — toward Trump, the GOP, and the oligarchs they serve; and to the deception, the wealth, and the power that underlies them.

That wave could crash in the midterm elections of 2018. If so, the current triumph of the oligarchs will be the start of their undoing.