Thanks to Trump, No More Ameri-Splaining

Posted on December 8, 2016 by Arlen Grossman 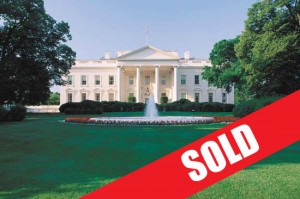 “A shining city on a hill,” Ronald Reagan called America (by way of the Puritan  authoritarian John Winthrop).

“We are great because we are good,” Hillary Clinton said during the campaign (via Tocqueville).

Michelle Obama, earlier this year: “This right now is the greatest country on Earth.”

You may have heard of “mansplaining,” which is when a dude patronizingly explains something to a woman, often concerning a subject about which she knows more than he does (c.f., rape culture, workplace discrimination, etc.).

Other spin-off portmanteaus mocking pompous people of privilege include whitesplaining (white person explains racism to black person), straightsplaining, Millennialsplaining, and even (during the primaries) Bernie-splaining.

May the victory of Donald Trump mark the long overdue death of Ameri-splaining — when American leaders like Clinton and Obama (and not a few ordinary citizens) pretentiously declaim our nation’s supposed exceptionalism to people in countries that do a better job than we do.

First and foremost, I’d like to thank Trump for his campaign slogan: Make America Great Again. Granted, he wasn’t talking to blacks and other oppressed segments of society for whom the past is more about pain than nostalgia. Trump’s campaign was aimed at whites. Nevertheless, Trump deserves credit for acknowledging that — at least at this time — America is not so great. “A Third World country,” he calls us. Keep reading and you’ll see that he has a point.

The first step is acknowledging that you have a problem.

Problems? Where to start?

Our economic structure sucks. We’re the world’s richest nation. But because we also have the most horrendous wealth inequality, most Americans are poor. According to the UN, our poverty rate is worse than 17 of the 19 OECD countries. We have the highest rate of childhood poverty. But the rich pigs in charge don’t care. Which is why we have the worst social safety net.

Maybe we should stop letting people die of cancer because they’re poor before Ameri-splaining human rights to Iran, where free RouhaniCare for everyone (!) rolls out in 2018. Similarly, we might want to stop executing children before telling the Iranians they’re wrong to do the same thing.

Our infrastructure is outdated and poorly maintained. It would take an additional $3.6 trillion to bring our existing highways, bridges, dams, sewers, water pipes, rail and so on up to code — yet spending on repairs is at a 30-year low. That doesn’t count the $500 billion or more it would cost to build a high-speed rail system like they have in Europe and Japan — you know, moderncountries.

Rather than harassing China over their ridiculous little fake islands, perhaps U.S. officials could invite the brilliant civil engineers creating a high-speed train system to Tibet, complete with pressurization like a plane as it soars through and around some of the biggest mountains on the planet, to show us how to bring our trains into the 21st century.

What is with us? Why do we talk down to the rest of the world from the depths of the lowest swamp below the moral high ground? At his penultimate State of the Union address, President Obama Ameri-splained to Russia’s Vladimir Putin over his “aggressive” annexation of Crimea. At the time, the U.S. was in its 14th year of occupying Afghanistan and its 12th of occupying Iraq. It was bombing the crap out of Yemen. Obama’s death drones were killing thousands of people, most of whom he thought were innocent.

When you stop to imagine what we look like to the rest of the world, we’re lucky we got away with just one wee 9/11.

Will Ameri-splaining continue under Trump? You’d think not, but since he’s already swiveled 180 degrees on so many other issues, he easily could revert to Bush-Obama-style triumphalism from his current, refreshing pessimism.  The difference now is, no one — not even here in America where no one reads anything — can possibly take the U.S. government seriously when it scolds some country for, say, torturing people.

Whereas Obama condescendingly tells his successor that torture doesn’t work (but not that it’s immoral, or that he still allows the CIA to use it), Trump has saidof waterboarding “I like it a lot.”

So President Trump ought to suit us fine.

2 Responses to Thanks to Trump, No More Ameri-Splaining