When you look at the current crop of Republican presidential candidates, it is hard to imagine any of them nominated by the party to run for the highest office in our land.

In one way or another the current field lacks the gravitas, charisma, ideas, judgement and/or intellect to handle the job of leader of the free world.

If the GOP expects to beat Hillary Clinton–or even Bernie Sanders– in 2016, it probably won’t be by anyone among the candidates running now. Donald Trump is not a serious candidate. Dr. Ben Carson has proven to be a serial liar.  Lacking charisma, Jeb Bush is fading fast. Carly Fiorina’s business record is flawed. Ted Cruz is too extreme, and Marco Rubio too young and inexperienced.  The rest don’t excite or interest the voters.

But Republicans desperately want to win and have plenty of money to help make it happen. So, to whom do they turn? Based on the current crop, it just might have to be a candidate not currently running for president.

That’s why an outsider, Wisconsin Representative Paul Ryan to be specific, could be poised to accept the Republican Party’s nomination to run for president. Ryan, vetted as a vice-presidential candidate for the GOP in 2012, is well-respected inside and outside of the Beltway. When the party desperately needed someone to take over as Speaker of the House, they turned to Ryan, who was acceptable to establishment and Tea Party Republicans. The mainstream media has always liked the good-looking, hard-working conservative policy wonk. 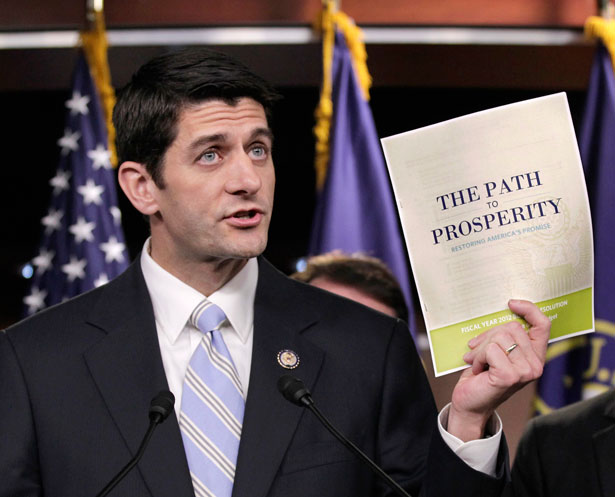 At age 45 and with young children, Ryan would probably prefer to make a run for president later down the line. But with the GOP stumbling to find a viable, electable candidate, he might feel his destiny is to rescue his party and his country and take the plunge early. As an added incentive, his family would be able to live with him at the White House.

As a progressive, I’m not advocating for Ryan, and the Republican Party isn’t asking for my advice. But I think Democratics should be prepared for such an eventuality. Ryan would be a formidable candidate and would have a far better chance of being elected president than anyone we’ll see on the Republican debate stage.

Paul Ryan for President. Yes, it really could happen.

5 Responses to Paul Ryan For President?