Who Cares What the People Want? Certainly Not the Supreme Court

BPR Quotes of the Day

The U.S. Supreme Court on Monday struck down Montana’s 100-year-old ban on corporate  money in state and local elections. Reaffirming their horrendous Citizens United decision, the Court eliminated all restrictions on campaign spending by Montana corporations. The original law passed in 1912 was a response to election interference by the state’s “copper kings.” Prior to the ban, Mark Twain wrote of one copper czar, “He is said to have bought legislatures and judges as other men buy food and raiment. By his example he has so excused and so sweetened corruption that in Montana it no longer has an offensive smell.” –The BPR Editor 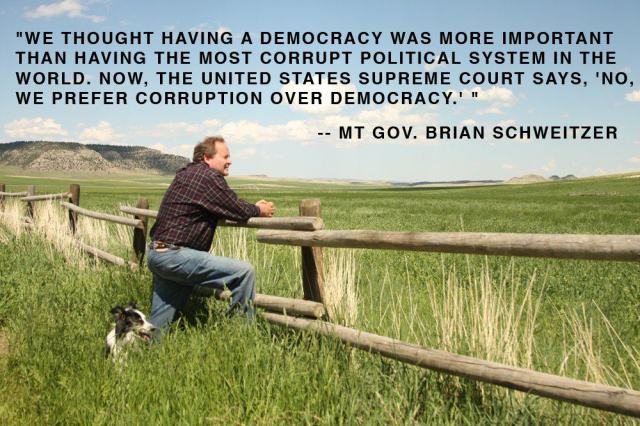