AND THE GOOD NEWS IS……WHAT?

Broken Shards Of The Heart

I could tell you that my heart was broken by what happened in Wisconsin this week, but in truth that’s not quite accurate.

I grew into political awareness and maturity in the middle of the 1970s.  For people my age, then, our entire adult lives have been one long witness to the dismantling of that which we grew up taking for granted as a foundation for any further progress that might come.  We lived in the relatively egalitarian country of the New Deal and the Great Society, with its robust middle class and a measure of earnest compassion for the poor.  Today, that seems like a foreign country, if not a remote planet. 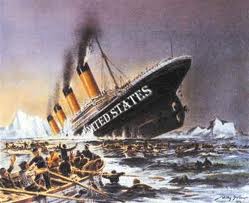 Over the course of our adult lives:

We watched in shock and horror as the country turned to a Hollywood washout, who was literally a national joke candidate five years earlier, and made him president, following him down every path of joyful self-destruction and absurd deceit.

Our jaws dropped in the 1990s at the visage of New Gingrich, the most overtly petulant and destructive piece of self-loathing to ever occupy a human body, as he was elevated to the highest position in the United States Congress, and pioneered the basest politics and the shattering of our government that remains our inheritance today.  As if that weren’t shameful enough, at the same time Gingrich’s buddy down at the other end of Pennsylvania Avenue was destroying the meaning of the Democratic Party, aping the Republican sell-out to corporate thieves and the abandonment of the public interest — especially the poor, the first to be thrown under the bus.

And, despite the fact Bill Clinton deserves to rot in hell for the damage he did in exchange for his personal joyride in the White House, we were nevertheless forced to watch in horror the relentless and destructive lunacy of the president’s impeachment for the high crime of lying about a blow-job.

We had to endure the travesty of Bush versus Gore, one of the most egregious tramplings of democratic practice imaginable, then watch the sickening product of that judicial rape:  the swaggering wars based on lies, the torture, the doubling of the national debt, the environmental depredations, the economic melt-down, and the raison-d’etre for it all:  the radical shifting of wealth from the 300 million of us to the one-tenth of one percent who own everything in sight.

Perhaps most emotionally devastating of all — Et tu, Brute? — we’ve suffered the betrayal these last years of another Democratic sell-out, a supposedly liberal-if-not-socialist president actually so conservative and so sold-out that he couldn’t even bear to pursue his own personal interest sufficiently to produce a successful presidency, but has rather continued and amplified the worst characteristics of the open sore that was the Bush presidency, even in the midst of crisis opportunities not seen since the 1930s.

So, no, by this time, my heart was not really broken when my former home-state, Wisconsin, voted emphatically to commit suicide this week.  But only because there’s so little of that heart left to break.  Shards here and there were crushed and extinguished, to be sure, but I am becoming rapidly beyond caring about the country I live in, a place and a people so determined to get it wrong at every juncture imaginable.  At some point, don’t you just have to stop trying and let the substance-abuser finish the job on their own?

This country is dying, let’s be clear.  It may live yet.  It may survive for decades in slow decline.  It may find a way in utter crisis to throw off, before it is too late, the fat slimy boa which is squeezing every last cent of value out of it.  Its political class may invent a devastating foreign crisis with massively grim consequences in order to deflect public attention from its manifest failings.  Maybe it will even be some combination of all of the above.

Who knows?  What we can be sure of, however, is that what was once a great and promising idea as much as a nation is now decrepit to the core, and rapidly rotting away, and that these wounds are entirely self-inflicted.  That, for me, is the kicker.  The Soviets didn’t invade and take us over.  We didn’t succumb to some raging virus like the Black Plague.  A meteor didn’t blast a hole in the middle of North America.

We just killed the goose ourselves, through a toxic mix of greed, laziness and stupidity.

Imagine the conversation to be heard if nations like America were to go to the Pearly Gates when they die, seeking forgiveness, and anxiously awaiting their dispensation for the rest of eternity:

St. Peter:  So, the Big Guy wants to know what the hell (get it?) you’re doing here.

Peter:  Yeah, we get that.  Even if we did create the Catholic Church, we’re not complete idiots up here, you know.  What he means is, how did a country like you, with all the tremendous advantages you were given, wind up so dead, so fast?

America:  Well, uh, we made some bad choices, I guess.

Peter:  Do you mean like when you traded George McGovern for Karl Rove, for example?

America:  Well, I suppose.  But McGovern…

Peter:  Shut up, you insolent little turd.  Do you mean like when you traded Franklin Roosevelt for Barack Obama or George Bush — sorry, I always get those two confused — is that what you mean?

America:  Yeah, that was prolly not the smartest deal.

Peter:  Or could it be when you swapped the First Amendment to get Citizens United instead?

America:  Golly, you mean corporations really aren’t people, after all?

Peter:  It’s really not looking too good for you lot, I’m afraid.

America:  Listen, do you have to go to Hell for just being stupid, or is something worse like wholesale venality or mass murder required?

America:  What does moot mean?  And what happened to the pearls that are supposed to be on the gates?

Peter:  Jesus Christ, you’re dumb.  Maybe an exception could be made for you, come to think of it.  After all, we don’t send microbes or amoeba to Hell either, even when they’re very bad.

America:  Oh, thank you, Mr. Peter.  You’re very kind.  Say, where do we sign-up for our choice of cable packages?

David Michael Green is a professor of political science at Hofstra University in New York.