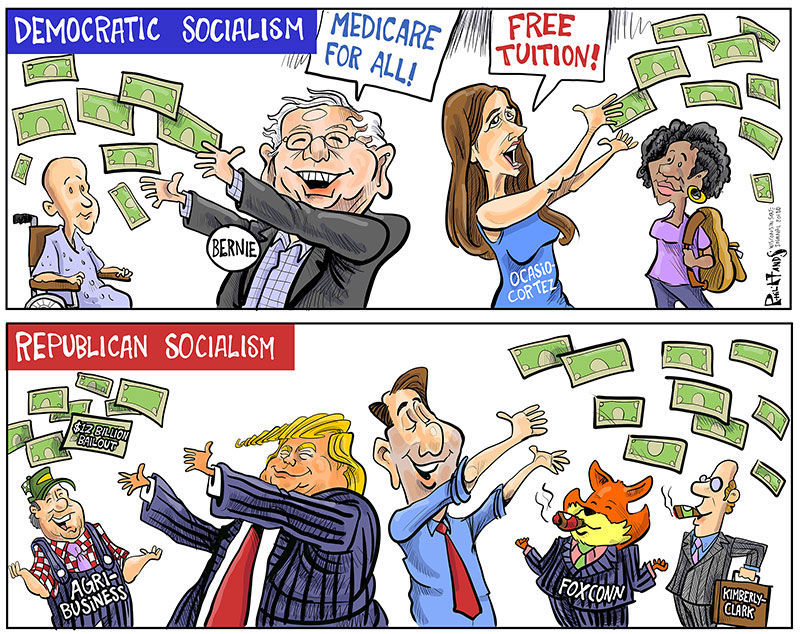 That Louis DeJoy is still leading (and messing up) the U.S. postal system is indicative of the power differential between Democrats and Republicans. The Democrats can’t seem to get rid of this unethical buffoon, yet Trump had no problems nominating him. Meanwhile, Mitch McConnell, Ted Cruz, and other Republicans seem to be blocking most if not all of Biden’s nominees for diplomatic and other posts.

Of course, it’s a little more complicated than that. There is the narrow lead in both houses of Congress. And of course there’s Manchin and Sinema, who seem closer ideology to the opposite party. Still, I can’t shake the feeling that if the shoe were on the other foot, Republicans would find a way to get their way. President Obama failed to get his final Supreme Court pick confirmed. But Trump just had to snap his fingers and Amy Barrett Comey is on the court. Something is wrong here.

There is an imbalance in power between the two parties which doesn’t seem wise nor necessary. Does the Democratic Party have the backbone to assert their power? You can bet they will be floundering if Republicans take power in the next two elections (not hard to imagine). It’s far past the hme for Democrats to look and act tough. In fact, this may be their final chance. For when Republicans gain control of the government  they will use it to bury their opposition and make sure the Democratic Parrty is essentially a museum relic, with a commendable history and important accomplishments but one that has seen its better days.