The Democrat vs. The Republic Party

Another thing I don’t understand–besides the weak, narrow scope of the impeachment inquiry–is why the Democrats allow themselves to be so callously dissed by Republicans. I’m referring to the GOP’s (“Grand Old Party”–does that even fit today’s Republican Party?) habit of referring to the Dems as the “Democrat Party” instead of the “Democratic Party.”

It is clearly a term of disparagement, a purposeful slur put forth by Republicans and intended to show disrespect for the Democratic Party. The proper historical name for the party is “Democratic Party.” Republicans must feel some glee using “Democrat” as an adjective, and getting no reaction from Democratic members

The term has been around for a long time, as early as the late Nineteenth Century, but it has never been used as much as Republicans do today. Rush Limbaugh loves to say “Democrat Party.” Fox News commentators use it, as does President Trump.

The Democratic Party should not allow Republicans to get away with this obvious insult. To sit idly by while being dissed by the opposition party is a sign of weakness and cowardice. How can the American people think of the Democratic Party as a strong, powerful political party when they allow Republicans to metaphorically spit on them all the time?

Get that, Republicans. You are now the “Republic Party.” Deal with it. 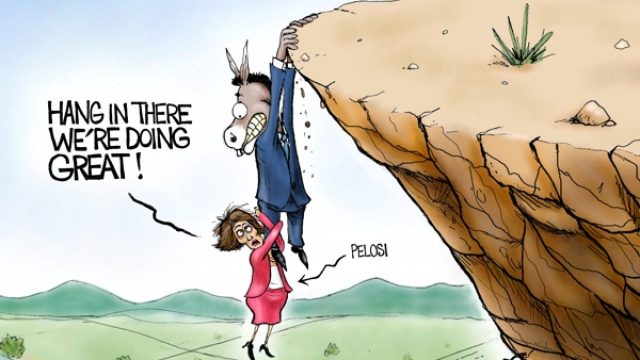