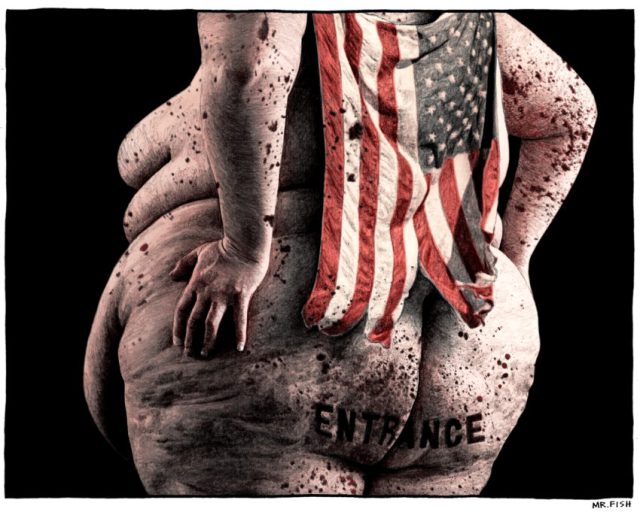 I covered the war in El Salvador for five years. It was a peasant uprising by the dispossessed against the 14 ruling families and the handful of American corporations that ran El Salvador as if it was a plantation. Half of the population was landless. Laborers worked as serfs in the coffee plantations, the sugar cane fields and the cotton fields in appalling poverty. Attempts to organize and protest peacefully to combat the huge social inequality were met with violence, including fire from machine guns mounted on the tops of buildings in downtown San Salvador that rained down bullets indiscriminately on crowds of demonstrators. Peasant, labor, church and university leaders were kidnapped by death squads, brutally tortured and murdered, their mutilated bodies often left on roadsides for public view. When I arrived, the death squads were killing between 700 and 1,000 people a month.

An insurgent army arose, the Farabundo Mart National Liberation Front (known by the Spanish-language abbreviation FMLN), named for the leader of a peasant uprising in 1932 that was crushed through the slaughter of thousands, perhaps tens of thousands, many of them killed in summary executions. The FMLN seized huge parts of the country from the corrupt and demoralized military. In the fall of 1983, the rebels, supplied with weapons from the Sandinista government in Nicaragua, were on the verge of capturing the country’s second largest city. I did not, at first, travel with the army. It was too dangerous. It was far safer to go into combat with the FMLN. Without outside intervention, the rebels would have seized control of El Salvador within months and ousted the oligarchs.

But, far to the north, was a shithole country ruled by a former B-list movie actor who had starred in “Bedtime for Bonzo” and who was in the early stages of dementia. This shithole country, which saw the world in black and white, communist and capitalist, was determined to thwart the aspirations of the poor and the landless. It would not permit the profits of its companies, such as United Fruit, or the power of the pliant oligarch class that did its bidding in El Salvador, to be impeded. It had disdain for the aspirations of the poor, especially the poor of Latin American or Africa, the wretched of the earth, as writer Frantz Fanon called them, people who in the eyes of those who ruled the shithole country should toil in misery all their lives for the oligarchs and the big American companies allied with them. Let the poor, brown and black people go hungry, watch their children die of sickness or be murdered. Power and wealth, those who ruled this shithole country believed, was theirs by divine right. They, as the lords of shithole-dom, were endowed with special attributes. God blessed shithole countries.

The Chilean poet Pablo Neruda understood how those who ruled the shithole country looked at the wretched of the earth. He wrote:

“When the trumpet sounded, it was
all prepared on the earth,
the Jehovah parceled out the earth
to Coca Cola, Inc., Anaconda,
Ford Motors, and other entities:
The Fruit Company, Inc.
reserved for itself the most succulent,
the central coast of my land,
the delicate waist of America.

“It rechristened its territories
as the ‘Banana Republics’
and over the sleeping dead,
over the restless heroes,
who brought about the greatness, the liberty and the flags,
it established the comic opera:
Abolished independencies,
presented crowns of Caesar,
unsheathed envy, attracted
the dictatorship of flies.”

The dictatorship of flies had its downside. It elevated the imbecilic and the inept, men whose main attributes were brutality, mendacity and thievery. They were uniformly unpleasant creatures. Anastasio “Tachito” Somoza in Nicaragua. The Duvaliers in Haiti. Augusto Pinochet in Chile. Efran Ros Montt in Guatemala. These flies did the bidding of the shithole country. They would murder their own people without compunction and, for hefty bribes, would allow the corporations to exploit and pillage. Yes, they had their eccentricities. The depraved often do.

Gen. Maximiliano Herna’ndez Martnez, who came to power in a military coup, led the government in El Salvador that carried out the 1932 massacres known as La Matanza. The general, a recluse who rarely appeared in public, was a believer in the occult and held se’ances in the presidential residence. He was one of the models for Gabriel Garca Ma’rquez’s portrait of a Latin American tyrant in “The Autumn of the Patriarch.” Martnez styled himself after the Italian fascist dictator Benito Mussolini. He barred all immigration by Arabs, Hindus, Chinese and blacks. He once announced: “It is good that children go barefoot. That way they can better receive the beneficial effluvia of the planet, the vibrations of the earth. Plants and animals don’t use shoes.” And he said it was a greater crime to kill an ant than a human being “because a man who dies is reincarnated while an ant dies forever.” His solution to a measles epidemic was to order the streetlights wrapped in cellophane to purify the air. He believed that colored water could cure most illnesses.

How surprised the leaders of the shithole country would be if they knew about the poets, the writers and the artists, the intellectuals and the men and women of great moral probity, such as the Salvadoran Archbishop Oscar Romero, who in 1980 was assassinated with a bullet shipped down to the killers from the shithole country. The leaders of the shithole country do not see the people of Latin America or Africa as fully human. But then they are not great readers, especially of poetry by the lesser breeds of the earth. They have not heard the truth of the Salvadoran poet Roque Dalton, who wrote:

The shithole country poured $1 million a day in aid and weapons into the land. They sent down their most ruthless killers, including Fe’lix Rodrguez, the CIA agent and Bay of Pigs veteran who had overseen the hunt for Che Guevara in Bolivia, presided over his execution and proudly wore the wristwatch he had taken from the martyred revolutionary’s body. At night you could see the killers sent to El Salvador by the shithole country, usually with their Vietnamese wives, sitting around the pool at the Sheraton Hotel. They had perfected the dark arts of infiltrating, torturing, interrogating, disappearing and murdering through practice on the people of Vietnam during the war there. They could teach you how to strangle someone with piano wire so there would be no noise as the victim choked to death. They brought many such skills with them to Central America. They directed the death squads to wipe out the resistance leaders, priests and nuns working in poor communities, teachers, journalists, labor organizers, student leaders, professors and intellectuals who denounced the barbarity. They trained and equipped new soldiers for the oligarchs. They formed mercenary units with hundreds of soldiers recruited from countries such as Honduras, Venezuela and Chile. They called these military units, which were secret, Unilaterally Controlled Latino Assets. They sent them to fight the FMLN because the Salvadoran military was so unreliable. They provided fleets of helicopters to hunt the insurgents by air. It was an orgy of militarism.

By the time the shithole country was done, it had spent $4 billion to crush the uprising. And while it was orchestrating the bloodbath in El Salvador it provided $1 billion to the thugs and killers known as the Contras in Nicaragua, where 50,000 people were murdered. It also quietly assisted the killers of Guatemala, where 200,000 were slain. The poor peasants did not stand a chance. Mass graves dotted the Central American isthmus, a testament to their work.

“The dead are more insolent than ever.

“It used to be easy:
we gave them a starched collar a flower
we placed their names on an honor roll:
the length and breath of our land
the illustrious shades of yesteryear
the monstrous statue.

“But what are you gonna do
the dead
just ain’t what they used to be.

“These days they get ironic
ask questions.

“Seems to me they’re starting to figure out
that they are the majority.”

The leaders of the shithole country would oversee the murder of 80,000 people and 8,000 disappeared in El Salvador. Intelligence officials from the shithole country were, it appears, complicit in the 1980 assassination of Archbishop Romero, organized by a former Salvadoran army officer named Roberto D’Aubuisson — known affectionately as “Blowtorch Bob” — who was one of the shithole country’s favorite killers. The shithole country protected those who ordered the murder and rape of four American churchwomen in December 1980. They protected the officers of the Atlacatl Brigade — which in 1981 had massacred more than 700 civilians in El Mozote — when in 1989 they gunned down six Spanish Jesuit priests, one of whom was the rector of the University of Central America, plus their housekeeper and her teenage daughter, on the university campus.

The Salvadoran officers who oversaw these massacres, and countless others, had been selected and trained in the shithole country’s U.S. Army School of the Americas. The war would destroy much of the infrastructure. El Salvador never recovered. It is awash in weapons. It experiences a murder every one and a half hours. Let the blood flow, the leaders of the shithole country said. The blood of brown and black people does not matter.

A shithole country depends on your perspective. 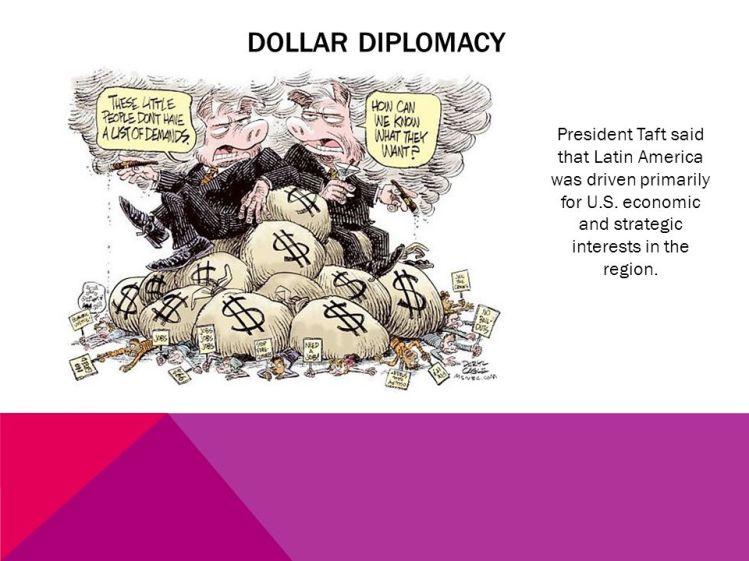