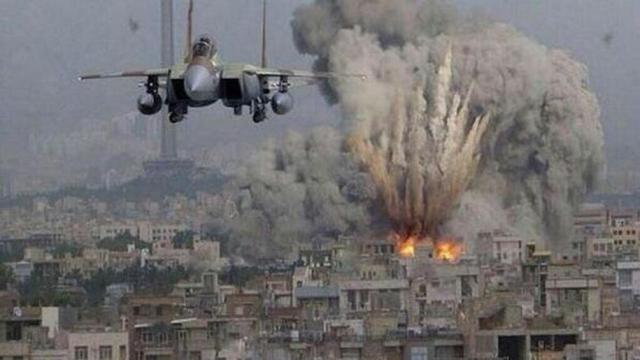 You better sit down for this one because it will blow your mind. You are probably aware that we on a global quest to rid the world of Evil, one smart-bomb at a time. Yet, for some strange reason, every place that we bomb Evil into oblivion seems to become more messed up than before.   You would think that our humanitarian mass killing would make the world a better place, but for some reason it never seems to happen.

Now there is a new report that examines this strange trend.

Our new article, forthcoming in the journal Terrorism and Political Violence,  examines the coalition’s use of violence to suppress insurgency during the Iraq War. We found that excess reliance on military force can produce counterintuitive results.

Counterintuitive? You mean like, they throw bullets at us instead of flowers?

Using data from the Iraq War Logs, we analyzed the numbers to see whether killing insurgents had any influence on the incidence of insurgent attacks. We constructed a weekly data set across 103 districts in Iraq from 2004 to 2009. The data counted how many insurgents coalition forces killed each week in each district, through all types of military engagement (including direct and indirect fire incidents, bombings or any other form of engagement where a member of the coalition was present to record the incident). We then analyzed whether the number of insurgents killed in a given week had an impact on the number of insurgent attacks against coalition forces in future weeks. The answer is yes — but it turns out that rather than reducing the insugency’s  capabilities, killing fighters actually encouraged more attacks against the coalition.
When coalition forces employed extreme violence — killing relatively large numbers of insurgents — they were able to moderate the rate of increase in insurgent attacks, but not reduce it. In other words, military force alone was not successful at decreasing violence in Iraq. Here are four reasons why.

Shocking! Killing lots of people does not create peace on Earth!   But every Hollywood movie based on a video game I’ve ever seen has an entirely different message (i.e. you kill all the bad guys to win the game). Could all those movies be wrong?   Almost every presidential candidate echoes the message of those Hollywood movies as well. Surely they can’t all be wrong!

So what reasons does this report give for such bizarre conclusions?

It seems that classifying dead civilians as insurgents/terrorists may work with the American audience, but it doesn’t work so well with the locals.   What’s more, blowing up their homes and infrastructure doesn’t makes them love you either.

2) Civilians are likely to blame outsiders for violence, not the Islamic State.

Funny how the locals are more likely to blame people from the other side of the planet that drop bombs from 30,000 feet, rather than people they can actually see and talk to.

Killing insurgent fighters is a sure way to encourage retaliation. If a group can signal strength through retaliatory attacks despite receiving heavy casualties, then local populations are more likely to view that group as strong. Some populations would see backing a strong group as the best way to protect their own interests.

There’s also something else the report didn’t note: insurgents are people to (believe it or not), and people tend to have families and friends who may resent you killing them.

4) A stronger insurgency is likely to result in more attacks on coalition forces.

So if we can’t bomb our way to peace, what can we do? So far the answer is to bomb even more. It’s a message that sells with both Democrats and Republicans.

We have a military plan to defeat the Islamic State – and, as initial gains in Fallujah last week demonstrated, it’s going well in many respects – but we have yet to articulate a political plan to ensure Iraq’s long-term stability.
Sometimes it’s impossible to tell whether it’s 2007 or 2016. The battle plans I hear from our commanders in Iraq today are the same ones I heard at the beginning of the surge, down to the same cities and tribal alliances. My question is: How will this time be different? The silence is deafening.

Oh yeah. The politics. Diplomacy. Long-term thinking rather than short-term explosions.   All stuff that Americans had long ago sh*t-canned as signs of weakness. Maybe instead of just spending billions on contracting out our military, maybe we can spend a few bucks contracting out our diplomacy too? Because obviously no one in Washington is interested in talking anymore.

Carl von Clausewitz taught us nearly 200 years ago that “War is a mere continuation of politics by other means.” We have to have a political endgame, or the sacrifices our troops continue to make will be in vain. It’s not the military’s job to develop that political plan – that’s where the administration comes in – but it’s painfully clear there isn’t one. Without a long-term political strategy, we can expect to send young Americans back to Iraq every time Iraqi politics fall apart, a new terrorist group sweeps in and we find ourselves required to clean up the mess.
Fixing Iraqi politics is difficult, but I’d much prefer having a heavy, long-term diplomatic presence than losing more lives refighting battles we already won.

The good news is that we are getting very good at invading the Middle East. It’ll come in useful again very soon.