War on Terror: No End In Sight

By Glenn Greenwald/ The Intercept/ October 7, 2014 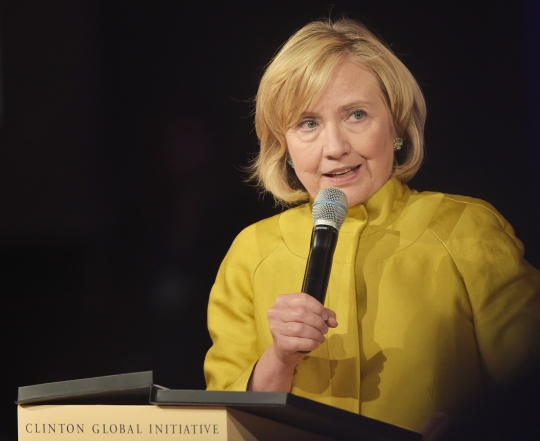 Long before Americans were introduced to the new 9/11 era super-villains called ISIS and Khorasan, senior Obama officials were openly and explicitly stating that America’s “war on terror,” already 12 years old, would last at least another decade. At first, they injected these decrees only anonymously; in late 2012, The Washington Post – disclosing the administration’s secret creation of a “disposition matrix” to decide who should be killed, imprisoned without charges, or otherwise “disposed” of – reported these remarkable facts:

Among senior Obama administration officials, there is a broad consensus that such operations are likely to be extended at least another decade. Given the way al-Qaida continues to metastasize, some officials said no clear end is in sight. . . . That timeline suggests that the United States has reached only the midpoint of what was once known as the global war on terrorism.”

In May, 2013, the Senate Armed Services Committee held a hearing on whether it should revise the 2001 Authorization to Use Military Force (AUMF). A committee member asked a senior Pentagon official, Assistant Secretary Michael Sheehan, how long the war on terror would last; his reply: “At least 10 to 20 years.” At least. A Pentagon spokesperson confirmed afterward “that Sheehan meant the conflict is likely to last 10 to 20 more years from today — atop the 12 years that the conflict has already lasted.” As Spencer Ackerman put it: “Welcome to America’s Thirty Years War,” one which – by the Obama administration’s own reasoning – has “no geographic limit.”

Listening to all this, Maine’s independent Sen. Angus King said: “This is the most astounding and most astoundingly disturbing hearing that I’ve been to since I’ve been here. You guys have essentially rewritten the Constitution today.” Former Bush DOJ lawyer Jack Goldsmith – himself an ardent advocate of broad presidential powers – was at the hearing and noted that nobody even knows against whom this endless war is being waged: “Amazingly, there is a very large question even in the Armed Services Committee about who the United States is at war against and where, and how those determinations are made.”

All of that received remarkably little attention given its obvious significance. But any doubts about whether Endless War – literally – is official American doctrine should be permanently erased by this week’s comments from two leading Democrats, both former top national security officials in the Obama administration, one of whom is likely to be the next American president.

Leon Panetta, the long-time Democratic Party operative who served as Obama’s Defense Secretary and CIA Director, said this week of Obama’s new bombing campaign: “I think we’re looking at kind of a 30-year war.” Only in America are new 30-year wars spoken of so casually, the way other countries speak of weather changes. He added that the war “will have to extend beyond Islamic State to include emerging threats in Nigeria, Somalia, Yemen, Libya and elsewhere.” And elsewhere: not just a new decades-long war with no temporal limits, but no geographic ones either. He criticized Obama – who has bombed 7 predominantly Muslim countriesplus the Muslim minority in the Phillipines (almost double the number of countries Bush bombed) – for being insufficiently militaristic, despite the fact that Obama officials themselves have already instructed the public to think of The New War “in terms of years.”

Then we have Hillary Clinton (whom Panetta gushed would make a “great” president). At an event in Ottawa yesterday, she proclaimed that the fight against these “militants” will “be a long-term struggle” that should entail an “information war” as “well as an air war.” The new war, she said, is “essential” and the U.S. shies away from fighting it “at our peril.” Like Panetta (and most establishment Republicans), Clinton made clear in her book that virtually all of her disagreements with Obama’s foreign policy were the by-product of her view of Obama as insufficiently hawkish, militaristic and confrontational.

At this point, it is literally inconceivable to imagine the U.S. not at war. It would be shocking if that happened in our lifetime. U.S. officials are now all but openly saying this. “Endless War” is not dramatic rhetorical license but a precise description of America’s foreign policy.

It’s not hard to see why. A state of endless war justifies ever-increasing state power and secrecy and a further erosion of rights. It also entails a massive transfer of public wealth to the “homeland security” and weapons industry (which the US media deceptively calls the “defense sector”).

4 Responses to War on Terror: No End In Sight