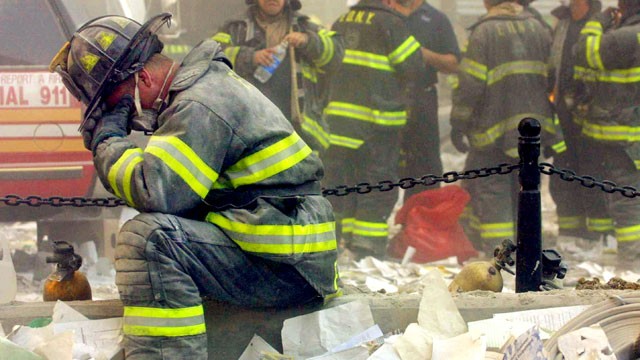 No, we mustn’t forget 9/11 and the thousands of unfortunate victims of that fateful day. I just wish we didn’t dwell on it. The aftermath of that horrendous attack changed our country in major ways–and all of them bad.

What is the point of dwelling on a horrible attack from which no good lessons were learned and for which we reacted in the worst possible ways? Why dwell on an event that pushed us into the easily frightened and bellicose people we are today?

Because of our heightened fear, we re-elected an incompetent, shallow-minded president, and illegally invaded and occupied countries that weren’t even responsible for 9/11. Because of that fear, we were able to justify crimes rationalized as “enhanced interrogation” (torture), “extraordinary rendition” (torture by proxy), and “collateral damage” (killing innocent civilians).

Why should we dwell on a tragic event that helped spur us into a more militaristic nation waging perpetual war–which allowed us to justify extravagant spending on the military/industrial complex while siphoning money from where it was desperately needed: schools, infrastructure, jobs, and social services.

Why dwell on an event that allowed us to meekly and willingly surrender so many of our constitutionally guaranteed civil liberties and privacy, while becoming history’s most efficient surveillance state.

No, the victims of 9/11 shouldn’t be forgotten. But neither should we overly dwell on that horrific day that changed us into a nation our founders would be shocked to observe. A nation that in twelve years has changed from the land of the free into a fearful and divided military/security state ruled by leaders who no longer care about privacy, compassion, nor peace.

Next anniversary, we should remember 9/11, but please, let’s not dwell on it.  Our leaders failed to learn and we continue to pay a stiff price for the belligerent and frightened way we responded. At some point we need to learn from those mistakes.

When we do, that would be reason to dwell.

9 Responses to Reflections on 9/11