Should We Know Why the Government Can Decide to Kill Us?

Posted on February 6, 2013 by Arlen Grossman

The confidential 2011 memo states the administration view that the president or another “informed, high-level official” can order the extrajudicial killing of an American citizen overseas without violating the Constitution, acts of Congress or international law. The Obama administration apparently chooses to ignore the part in the U.S. Constitution that states no American can “be deprived of life, liberty, or property, without due process of law.” 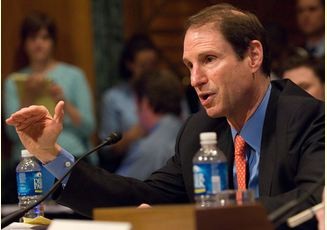 Among the senators Brennan will face will be Ron Wyden (D-OR), a member of the Senate intelligence committee, who sent a letter three weeks ago to the nominee asking for an outline of the legal and practical rules and rationale for the U.S. government’s targeted killing of American citizens suspected of working with al-Qaida. He wrote in that letter (which Brennan has not responded to):

For the executive branch to claim that intelligence agencies have the authority to knowingly kill American citizens but refuse to provide Congress with any and all legal opinions that explain the executive branch’s understanding of this authority represents an alarming and indefensible assertion of executive prerogative.”

The Oregon senator asked some very pointed questions that Mr. Brennan should be required to answer, but will likely try to wriggle out from. Among the questions posed to the nominee in that letter:

1. “How much evidence does the President need to determine that a particular American can be lawfully killed?”

2. “Does the President have to provide individual Americans with the opportunity to surrender before killing them?”

3. “Are there any geographic limitations on the intelligence community’s authority to use lethal force against Americans? Do any intelligence agencies have the authority to carry out lethal operations inside the United States?

Eleven senators (eight Democrats and three Republicans) wrote a letter to President Obama Monday demanding the administration hand over its legal justifications for drone strikes on U.S. citizens.  Despite expected tough questioning, Brennan is expected to be confirmed as the next CIA director.

A complete copy of Senator Wyden’s Questions (from his January 14 letter):

6 Responses to Should We Know Why the Government Can Decide to Kill Us?