Voting For the Better of the Two Evils

When the Lesser of Two Evils Isn’t Enough 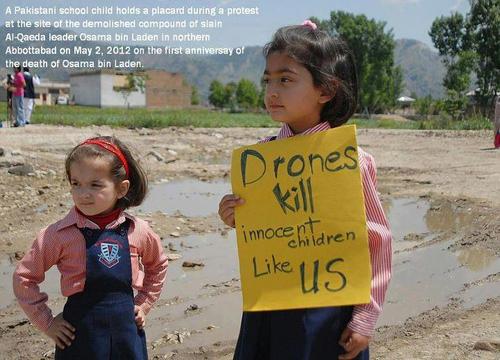 Yesterday, I wrote a post called Michelle Obama Looked Great Last Night! (Oh, By the Way, You Been Took). In it, I used a quote from Malcom X to illuminate the fact that the Obama Administration, and the democratic party in general, owes an incredible debt to the marginalized people who put them in office (particularly black and brown people), and yet, once they got there, they made most of the policies that would improve the lives of those very people their very last priority. Whenever I write anything like this, whenever I criticize President Obama and his administration, it is met with some version of, “Well, who do you propose? Romney? You want Romney as President?” Some people get hella mad.

Of course I don’t want Romney as President. I consider Mitt Romney an evil man, and the idea of a Romney presidency is a nightmare scenario in my mind. A Romney presidency would surely be worse even than the Bush presidency was. Bush took office during “good times” in this country, during low unemployment and a budget surplus. Romney would be coming into office under much more dire circumstances. The state of the economy still has people really afraid. And if history has taught us anything it has taught us that the more afraid people are the easier they are to control. The worst policies are enacted when people are too distracted by fear to notice, or too consumed by fear to see reason. No, a Romney presidency is certainly not what I want.

But the truth is, an Obama presidency is not what I want, either. I believe that war-mongering is just as bad when done by a black Democrat as it is when done by a white Republican. A well-delivered speech by a smart, pretty First Lady on her husband’s behalf doesn’t make up for the deportation of 1.4 million “illegal” immigrants during this administration (that’s 150% as many as Bush, by the way). “New black cool” does not erase the murder of innocent people, including children, by drone strikes in the Middle East. Not for me, it doesn’t. I am amazed that for so many of the people I know, many of whom are smart and good and thoughtful, it somehow does. Somehow, a smile and a new set of promises is all they need.

I need more than that. And yet, I’m told, these are my only choices. I am told that if I don’t vote for Obama, it’s like voting for Romney, which is worse (it’s really not that much worse). Obama may be the (very slightly) lesser of two evils (this from those who agree and are even willing to admit that Obama isn’t a great choice). The thing is, though, I’m sick and tired of having to choose between evil and slightly less evil. And it’s scary to see how content people are with such a “choice”.

It is the insidious evil brilliance of this corrupt system that gives us a “choice” between red and blue and encourages us to fight it out, year after year, decade after decade; that has us debating the merits of blue over red, and screaming at each other over the moral soundness of red over blue, all day every day, in churches and workplaces and at bars with our friends; that has us so passionately defending or attacking red or blue that we never stop and ask, What about yellow? What about purple? What about green with orange polka-dots?; that makes us forget (because it is in the best interest of both red and blue that we do forget) that this is really not much of a choice at all.

*Mia McKenzie dreams of a world without Presidents, but that world isn’t here yet.

Mia McKenzie is a writer and a smart, scrappy Philadelphian with a deep love of vegan pomegranate ice cream and fake fur collars. She is a black feminist and a freaking queer, facts that are often reflected in her writings, which have won her some awards and grants, such as the Astraea Foundation’s Writers Fund Award and the Leeway Foundation’s Transformation Award. She has a novel debuting in the fall and has a short story forthcoming in The Kenyon Review. Her work has been published at Jezebel.com, and recommended by The Root, Colorlines, Feministing, Angry Asian Man, and Crunk Feminist Collective. She is a nerd, and the creator of Black Girl Dangerous, a revolutionary blog.