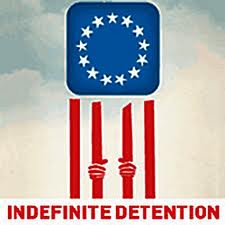 A lone appeals judge bowed down to the Obama administration late Monday and reauthorized the White House’s ability to indefinitely detain American citizens without charge or due process.

Last week, a federal judge ruled that an temporary injunction on section 1021 of the National Defense Authorization Act for Fiscal Year 2012 must be made permanent, essentially barring the White House from ever enforcing a clause in the NDAA that can let them put any US citizen behind bars indefinitely over mere allegations of terrorist associations. On Monday, the US Justice Department asked for an emergency stay on that order, and hours later US Court of Appeals for the Second Circuit Judge Raymond Lohier agreed to intervene and place a hold on the injunction.

The stay will remain in effect until at least September 28, when a three-judge appeals court panel is expected to begin addressing the issue.

On December 31, 2011, US President Barack Obama signed the NDAA into law, even though he insisted on accompanying that authorization with a statement explaining his hesitance to essentially eliminate habeas corpus for the American people.

“The fact that I support this bill as a whole does not mean I agree with everything in it,” President Obama wrote. “In particular, I have signed this bill despite having serious reservations with certain provisions that regulate the detention, interrogation, and prosecution of suspected terrorists.”

A lawsuit against the administration was filed shortly thereafter on behalf of Pulitzer Prize-winning journalist Chris Hedges and others, and Judge Forrest agreed with them in district court last week after months of debate. With the stay issued on Monday night, however, that justice’s decision has been destroyed.

With only Judge Lohier’s single ruling on Monday, the federal government has been once again granted the go ahead to imprison any person “who was part of or substantially supported al-Qaeda, the Taliban or associated forces that are engaged in hostilities against the United States or its coalition partners” until a poorly defined deadline described as merely “the end of the hostilities.” The ruling comes despite Judge Forrest’s earlier decision that the NDAA fails to “pass constitutional muster” and that the legislation contained elements that had a “chilling impact on First Amendment rights”

Because alleged terrorists are so broadly defined as to include anyone with simple associations with enemy forces, some members of the press have feared that simply speaking with adversaries of the state can land them behind bars.

“First Amendment rights are guaranteed by the Constitution and cannot be legislated away,” Judge Forrest wrote last week. “This Court rejects the Government’s suggestion that American citizens can be placed in military detention indefinitely, for acts they could not predict might subject them to detention.” 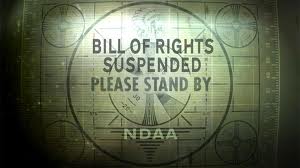 Bruce Afran, a co-counsel representing the plaintiffs in the case Hedges v Obama, said Monday that he suspects the White House has been relentless in this case because they are already employing the NDAA to imprison Americans, or plan to shortly.

“A Department of Homeland Security bulletin was issued Friday claiming that the riots [in the Middle East] are likely to come to the US and saying that DHS is looking for the Islamic leaders of these likely riots,” Afran told Hedges for ablogpost published this week. “It is my view that this is why the government wants to reopen the NDAA — so it has a tool to round up would-be Islamic protesters before they can launch any protest, violent or otherwise. Right now there are no legal tools to arrest would-be protesters. The NDAA would give the government such power. Since the request to vacate the injunction only comes about on the day of the riots, and following the DHS bulletin, it seems to me that the two are connected. The government wants to reopen the NDAA injunction so that they can use it to block protests.”

Within only hours of Afran’s statement being made public, demonstrators in New York City waged a day of protests in order to commemorate the one-year anniversary of the Occupy Wall Street movement. Although it is not believed that the NDAA was used to justify any arrests, more than 180 political protesters were detained by the NYPD over the course of the day’s actions. One week earlier, the results of a Freedom of Information Act request filed by the American Civil Liberties Union confirmed that the FBI has been monitoring Occupy protests in at least one instance, but the bureau would not give further details, citing that decision is “in the interest of national defense or foreign policy.”

Josh Gerstein, a reporter with Politico, reported on the stay late Monday and acknowledged that both Forrest and Lohier were appointed to the court by President Obama.