The expansion of the American police state continues at an accelerated pace. There seems to be an urgency to consolidate government authority and wipe out long-established and constitutionally mandated civil liberties. Since there hasn’t been any major terrorist attacks on American soil since 2001, some questions need to be asked: Why is the government seizing this kind of authoritarian control and who is standing up to this unprecedented power grab? — BPR Editor

Obama gives himself control of all communication systems in America

US President Barack Obama quietly signed his name to an Executive Order on Friday, allowing the White House to control all private communications in the country in the name of national security.

President Obama released his latest Executive Order on Friday, July 6, a 2,205-word statement offered as the “Assignment of National Security and Emergency Preparedness Communications Functions.” And although the president chose not to commemorate the signing with much fanfare, the powers he provides to himself and the federal government under the latest order are among the most far-reaching yet of any of his executive decisions. 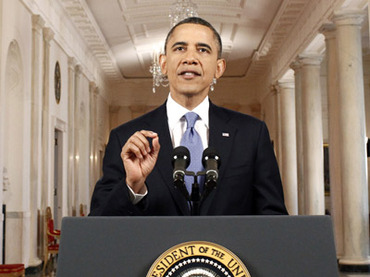 “The Federal Government must have the ability to communicate at all times and under all circumstances to carry out its most critical and time sensitive missions,” the president begins the order. “Survivable, resilient, enduring and effective communications, both domestic and international, are essential to enable the executive branch to communicate within itself and with: the legislative and judicial branches; State, local, territorial and tribal governments; private sector entities; and the public, allies and other nations.”

President Obama adds that it is necessary for the government to be able to reach anyone in the country during situations it considers critical, writing, “Such communications must be possible under all circumstances to ensure national security, effectively manage emergencies and improve national resilience.” Later the president explains that such could be done by establishing a “joint industry-Government center that is capable of assisting in the initiation, coordination, restoration and reconstitution of NS/EP [national security and emergency preparedness] communications services or facilities under all conditions of emerging threats, crisis or emergency.”

“The views of all levels of government, the private and nonprofit sectors, and the public must inform the development of NS/EP communications policies, programs and capabilities,” he adds.

On the government’s official website for the National Communications Systems, the government explains that that“infrastructure includes wireline, wireless, satellite, cable, and broadcasting, and provides the transport networks that support the Internet and other key information systems,” suggesting that the president has indeed effectively just allowed himself to control the country’s Internet access.

In order to allow the White House to reach anyone within the US, the president has put forth a plan to establish a high-level committee calling from agents with the Department of Homeland Security, Pentagon, Federal Communications Commission and other government divisions to ensure that his new executive order can be implemented.

In explaining the order, the Electronic Privacy Information Center (EPIC) writes that the president has authorized the DHS “the authority to seize private facilities when necessary, effectively shutting down or limiting civilian communications.”

In Section 5 of his order, President Obama outlines the specific department and agency responsibilities that will see through his demands. In a few paragraphs, President Obama explains that Executive Committee that will oversee his order must be supplied with “the technical support necessary to develop and maintain plans adequate to provide for the security and protection of NS/EP communications,” and that that same body will be in tasked with dispatching that communiqué “to the Federal Government and State, local, territorial and trial governments,” by means of “commercial, Government and privately owned communications resources.”

Later, the president announces that the Department of Homeland Security will be tasked with drafting a plan during the next 60 days to explain how the DHS will command the government’s Emergency Telecommunications Service, as well as other telecom conduits. In order to be able to spread the White House’s message across the country, President Obama also asks for the purchasing of equipment and services that will enable such.