It’s Cold and Dark Out There……

Political Iceberg Ahead: The Big Money That Is Sinking Democracy 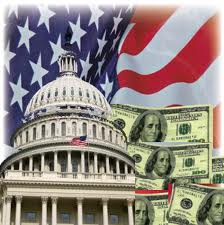 I keep thinking of that clear April night 100 years ago when the unsinkable HMS Titanic steamed towards New York. It was actually on its way to dock just a few blocks from where I live at what are now the Chelsea Piers. There was a sense of optimism abroad as a new record for a speedy transatlantic passage was about to be set.

There was music, dancing and fine wine. That is, until they saw that iceberg high in the water. The Captain and his mates were aware that 80 percent of it was underwater and out of sight.

They didn’t react in time.

Everyone knows the story — most recently recreated in 3-D — but the lesson is really not just about that great ship that went down, or even the company that bypassed safety regulations, or even the hubris of the owners whose greed sent so many passengers to that legendary “watery grave.”

It was also about not seeing the dangers in front of us.

That’s the real story of this moment in our political lives, as the 2012 elections begin in earnest, and we ignore, to our detriment, that vast iceberg of money, stacked in the billions, that threatens to sink what’s left of our democracy.

It is hard to wrap your head around the scale and immediacy of this danger.

And it’s not just about the Citizens United decision of the Supreme Court. It’s about the way Democrats think and Republicans act. It’s about the growing way money has been allowed to dominate politics in a game both parties play.

It is an outgrowth of our vast economic inequality and the policies that promoted it. It’s about State laws limiting the franchise in the name of fighting voter fraud with so-called Voter ID laws, and ordinary Americans becoming so tired of electoral lies and the arrogance of power that they don’t vote.

Mary Boyle, a vice president of Common Cause is concerned about that, telling me:

One of the dangers, particularly around this campaign, is you read these headlines from people who aren’t really engaged in politics. You just read headlines about ‘Super PACS raking in millions of dollars’ or ‘outside groups spending ten million dollars on negative ads.’ And for a lot of Americans that’s just kind of background noise that makes them go, ‘Uh, they’re at it again.’ And it does make people cynical. It makes them tune out an that is a huge concern because then that leads to people not voting and that’s a bad thing.

This information overload is a product of a media ecology that tunes us out and a news business that avoids truth at all costs. It’s about analysis that leads to paralysis and cynicism that allows political manipulators to prevail in league with a media system that simplifies, scandalizes and spins news to advance partisan agendas.

I recently sat in a lecture at the New School on “The Anatomy Of Campaign Finance,”
featuring two experts, Professor Jacob Hacker of Yale and journalist Joe Hagan who writes for New York Magazine and described what he saw in Karl Rove’s living room.

They painted a picture of a vast organizational imbalance between the parties.

Obama’s funding base is not, said Hacker, even comparable to the treasure chest that Rove has mobilized.

One factor: The Bush Tax cuts have permitted the right to amass a major war chest, in part, because the average Republican leaning millionaire became $300,000 to $500,000 richer, 53 percent of all after tax gains went to the rich, the top 10 percent of 1 percent. Sixty percent of corporate money comes from the finance sector.

The beneficiaries of this transfer of wealth to the top understood that their windfall came about through politics, and, to keep it, they have to invest more in politics. Says Hacker, “Everyone can vote but not everyone can donate. Money changes the relationship between the politicians and donors Money has a ‘distortion effect; on what politicians focus on.”

This is why the former Obama Chief of Staff, and now Chicago Mayor Rahm Emanuel said famously, you need three things to win in politics; Money, Money and Money.      (Continued Here)

News Dissector Danny Schechter blogs at Newsdissector.net. He is the author of the just released collection of his writings, Blogothon, published by Cosimo Books. He hosts News Dissector Radio on Progressive Radio Network (PRN.fm) Fridays at 1 PM. Comments to dissector@mediachannel.org