BPR Quote of the Day: Corporations Are Out of Control, My Friend

“There can be no effective control of corporations while their political activity remains. To put an end to it will be neither a short nor an easy task, but it can be done.” 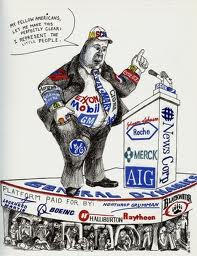 President Theodore Roosevelt’s 1910 “New Nationalism” speech in Osawatomie, Kansas, has been described as one of the early cornerstones of 20th-century progressivism. Last December, President Obama went there to honor TR and to deliver a major economic address in which he set out a number of his administration’s progressive policy goals.