Posted on December 6, 2011 by Arlen Grossman 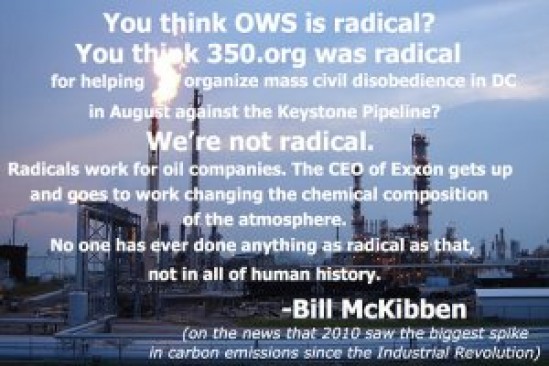 The Most Important News Story of the Day/Millennium

The most important piece of news yesterday, this week, this month, and this year was a new set of statistics released yesterday by the Global Carbon Project. It showed that carbon emissions from our planet had increased 5.9 percent between 2009 and 2010. In fact, it was arguably among the most important pieces of data in the last, oh, three centuries, since according to the New York Times it represented “almost certainly the largest absolute jump in any year since the Industrial Revolution.”

What it means, in climate terms, is that we’ve all but lost the battle to reduce the damage from global warming. The planet has already warmed about a degree Celsius; it’s clearly going to go well past two degrees. It means, in political terms, that the fossil fuel industry has delayed effective action for the 12 years since the Kyoto treaty was signed. It means, in diplomatic terms, that the endless talks underway in Durban should be more important than ever–they should be the focus of a planetary population desperate to figure out how it’s going to survive the century (Continued)

Click here to read the entire article from Common Dreams