Alan Greenspan quite openly admitted why we attacked Iraq in 2003. The long-time chairman of the Federal Reserve Board (1986-2006)–and during his reign considered to be one of the two most powerful men in the United States–laid out the rationale in his 2007 memoir, The Age of Turbulence: Adventures in a New World.

“I am saddened that it is politically inconvenient to acknowledge what everyone knows: the Iraq war is largely about oil.”

There it is, the reason we invaded Iraq–and by inference, why an invasion of Iran looms on the horizon. Now you know (if you didn’t already) why so many powerful politicians, media figures, and establishment opinion manipulators are frightening Americans about the possibility that Iran might build a nuclear weapon.

Keep in mind that Iraq and Iran have the second and third largest Middle East oil reserves, roughly the same amount, behind only Saudi Arabia. Just exchange a “q” for an “n” in Greenspan’s quote, and the pieces of the puzzle fall neatly in place. 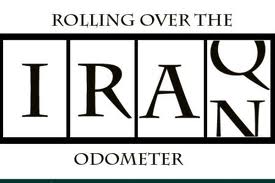 Americans are being systematically prepared for a potential war with Iran, just as we were for Iraq.  Political leaders of both parties and the Obama administration have made it clear they will not accept a nuclear Iran. They tell us the prospect of a nuclear Iran cannot possibly be tolerated.

They don’t want us taking into consideration that the United States and Russia each have at least 8,000 nuclear weapons, or that China, France and the United Kingdom each have hundreds of their own. In addition, Israel, India, Pakistan, and North Korea are known or believed to have large stockpiles of nuclear weapons.

In reality, the possibility of Iran potentially building one nuclear weapon in the next year or two does not appear to be a life-or-death catastrophe and certainly not a reason to start a new war. Iran surely realizes that were they to use such a weapon it would be certain suicide. And in all fairness, why are all these other countries allowed to have nukes, but Iran, surrounded by hostile neighbors already possessing such weapons, is not?

None of that matters. The American people, few of whom have ever beeen directly affected by war, are ready and willing to attack Iran. They have already been convinced–52% according to a poll published this month in Investor’s Business Daily–by politicians and the media that the U.S., if diplomacy fails, should go to war to prevent Iran from building nuclear weapons.

Naturally, the common people don’t want war… But, after all, it is the leaders of the country who determine the policy and it is always a simple matter to drag the people along……the people can always be brought to the bidding of the leaders. That is easy. All you have to do is tell them they are being attacked and denounce the pacifists for lack of patriotism and exposing the country to danger. It works the same way in any country.”

You don’t need a crystal ball to figure out where all this is going. Iran will cooperate with us and share it’s oil, or risk an American invasion and occupation, just as was done in Iraq and Afghanistan. How can all this dangerous and deadly madness be explained? To paraphrase Watergate’s Deep Throat: “Follow the Oil.”